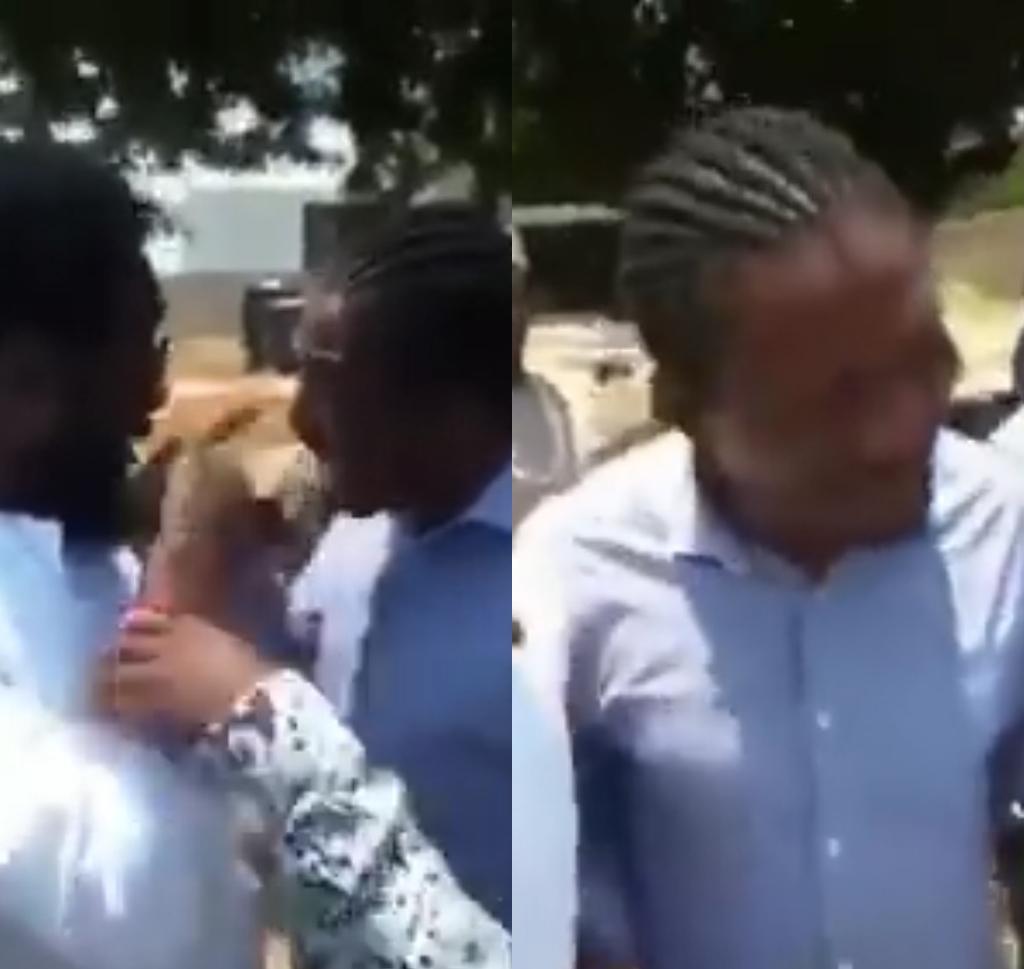 Investigative journalist Anas Aremeyaw has been uncovered and mobbed during one his routine works in Accra Trade Fair.

Anas is Ghanaian journalist who goes extra miles for the truth by covering his face and his identity from the public on the job.

In a viral video circulating, a man who look and talk very similar to the Investigative journalist was caught when he was trying to rob some people at trade fair.

According to the man who made the arrest, the man who claimed to be Anas was doing one of his investigative works but was rather trying to rob people of their lands. He swore upon his life not to let him [ Anas] go.

Anas has been a threat to a lot of people in Ghana and beyond as his type of journalism goes behind the scenes to expose some dubious activities.

Whiles the identity of the man is yet to be proven as the real Anas, social media users believed strongly that it could be him judging from his voice and actions.

Old Photos Of Anas Shows He Is The One Arrested.