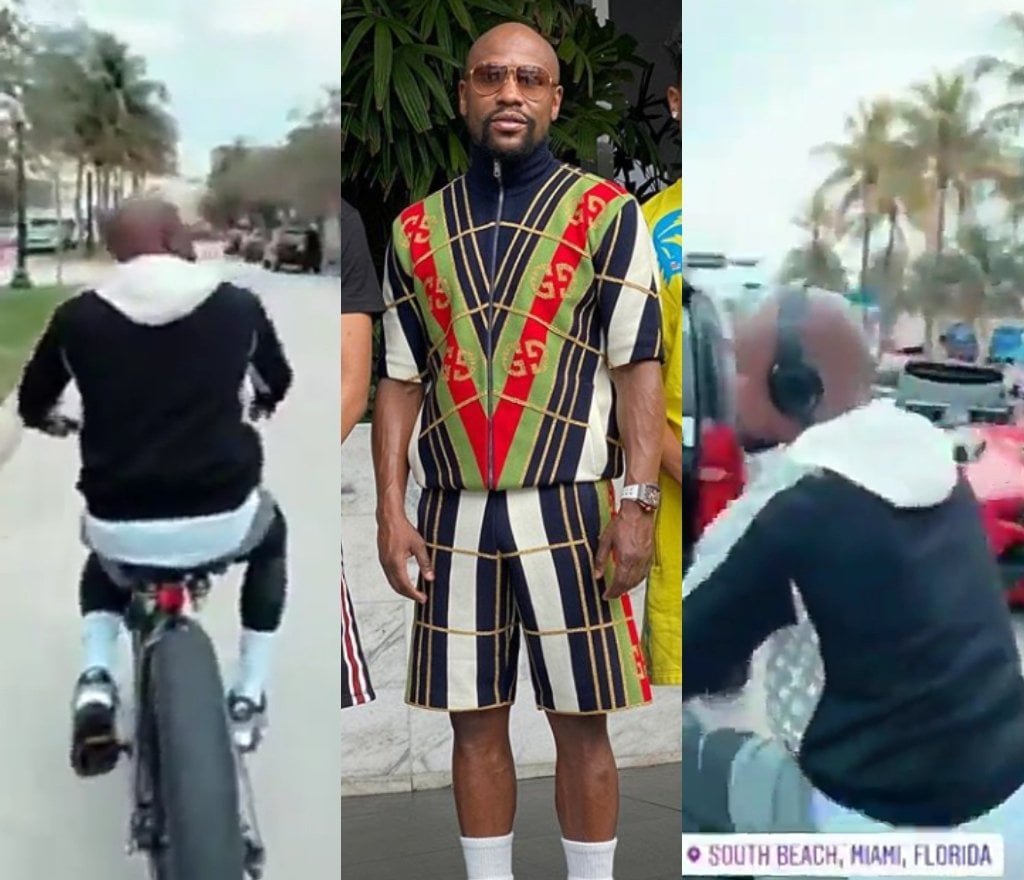 Born in a deprived home, he rose to the top of the world with his career as a boxer who is also known for flaunting his wealth on the media.

The legendary boxer owns a list of expensive cars which include Ferrari Enzo, Ferrari 599 GTB, Ferrari 458 Italia, LaFerrari Aperta and a Koenigsegg CCXR Trevita, which is arguably among the most expensive and rare cars to have ever been manufactured.

Despite all the listed cars above, Floyd was spotted comfortably cruising a bike behind one his expensive cars in Miami as he wave fans who were so excited seeing the ‘money man’.

In other news, World Health Organization has a list of highly risky African countries likely to get the corona virus. And Ghana made the list.

Related Topics:Floyd Mayweather
Up Next