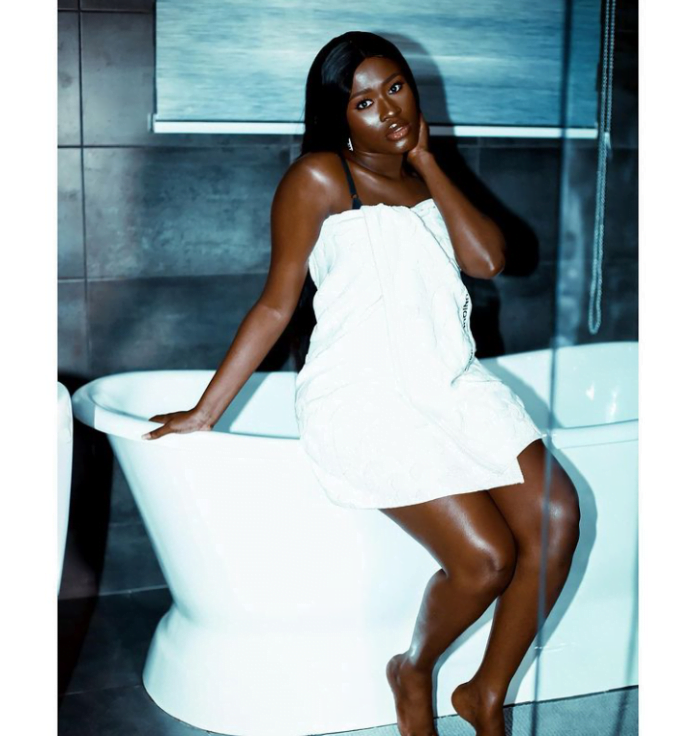 Actress and entrepreneur Fella Makafui has hinted of another foetus developing in her womb just months of giving birth.

Fella Makafui and the love of her life, rapper Medikal tied the knot on the 7th of March 2020 amidst all social media trials of snatching the husband Medikal from Sister Derby.

The wedding saw a lot of drama and ‘pranks’ unfold which was later on that day defined as a ‘test of love’ from Fella.

Though the actress’s revelation appeared sarcastic, netizens deemed it a point to consider due to her husband’s recent confession of having more than 20 kids.