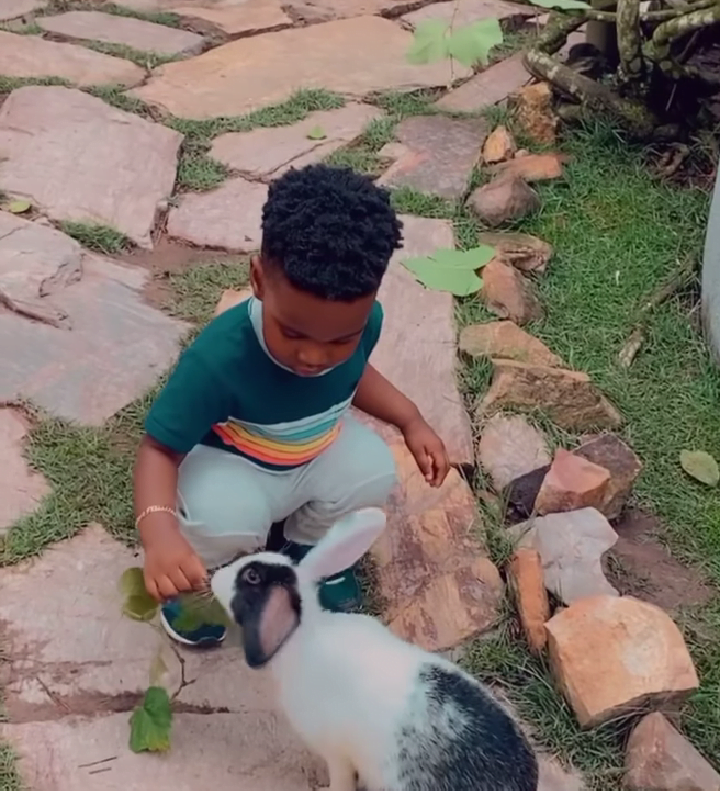 The son of John Dumelo, John Dumelo Jr has warmed the hearts of netizens after a video of him feeding a rabbit surfaced online.

The video which was obviously shared on the little man’s Instagram page by either the father or mother had him feeding and petting a rabbit with a suggestive caption ‘l love animals’.

A suggesting caption because aside from acting and politics, John Dumelo[the father ] is a known farmer who has over the years spelled his plans of making farming as lucrative as it could be in Africa if ever given the opportunity – which he claims will only happen if youngsters like himself get into the top hierarchy of governance and politics.

Thereby raising speculations that the actor would like his son to venture into farming in the future.

imperialbaby1312 wrote:
I have watched this like 2 million times already

dedei_naa1 wrote
This is adorable! Teaching him compassion and care for others😭❤️❤️❤️❤️❤️❤️❤️

Join OUR TELEGRAM GROUP to see more photos and videos that can’t be posted here.