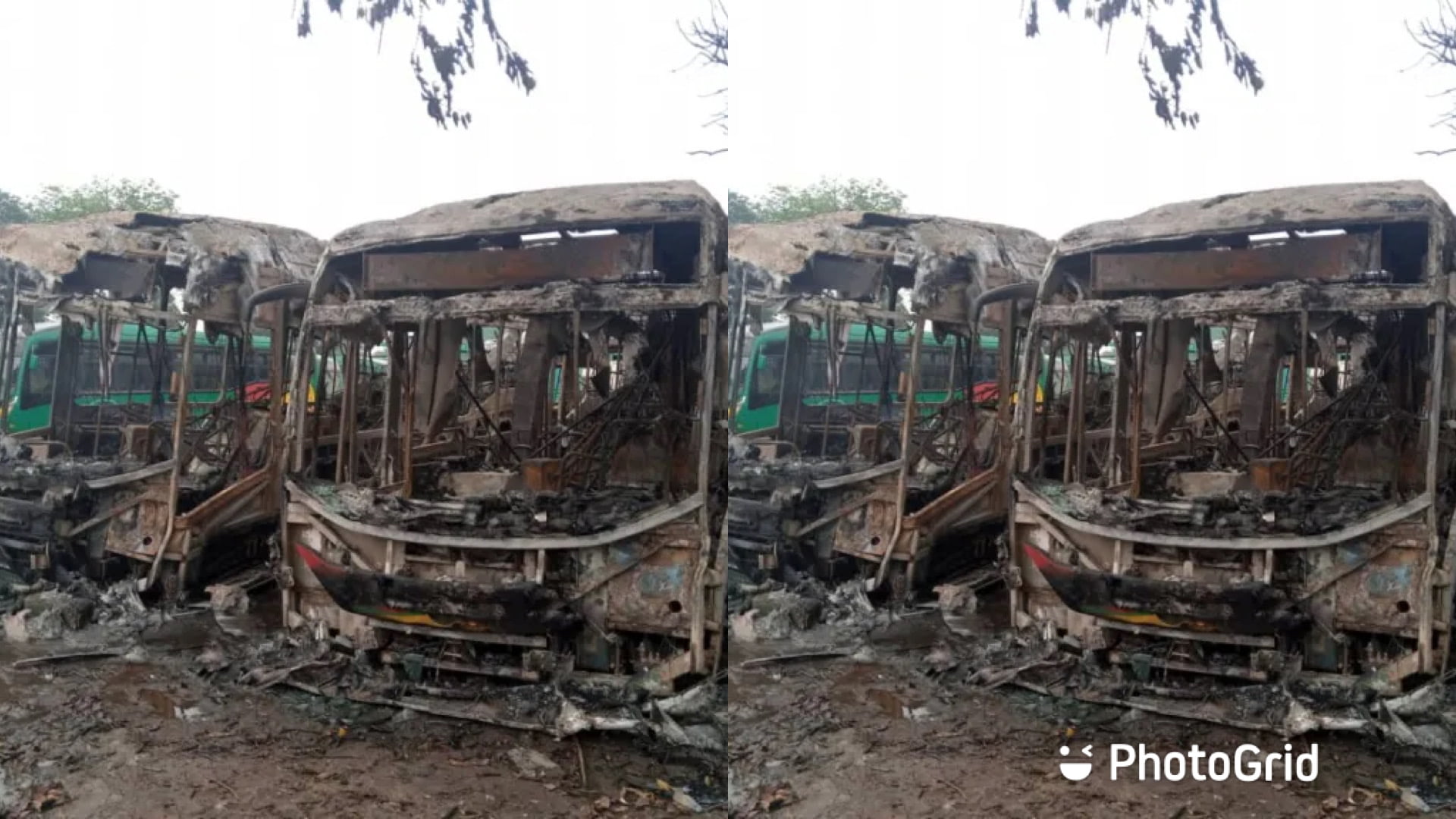 Four(4) Ayalolo buses have been burnt to ashes at the Ashanti Regional workshop of the State Transport Company (STC) in Kumasi.

A source that narrated the unfortunate incident to Kumasi based Pure FM’s Osei Kwadwo explained that the fire engulfed the Ayalolo buses around 10:20 pm Wednesday

According to the source, the drivers parked the buses and left and later saw smoke coming out from one of the vehicles.

“We couldn’t control the fire and it transferred from one bus to the other. We called the fire service to help the situation. When they came, the fire had engulfed and burnt all the four Ayalolo buses”

It took the intervention of the Personnel from the Fire Service to control the inferno Officials of STC are tight-lipped over the unfortunate development when reached by MyNewsGh.com for comment on the matter.

Meanwhile, an investigation has been commenced into the matter by officials of the Ghana National Fire Service who managed to save the situation.

This adds up to the numerous fire outbreaks engulfing filling stations, markets, and buses in the country before and after the December polls.

Sadly, there seems to be no effort to bring the perpetrators( if there is any ) to book whilst some people keep accusing the opposition leader John Mahama of the incidents with no evidence.

Kennedy Agyapong made wild allegations against John Mahama, threatening to burn his houses if any such incidents happen again.