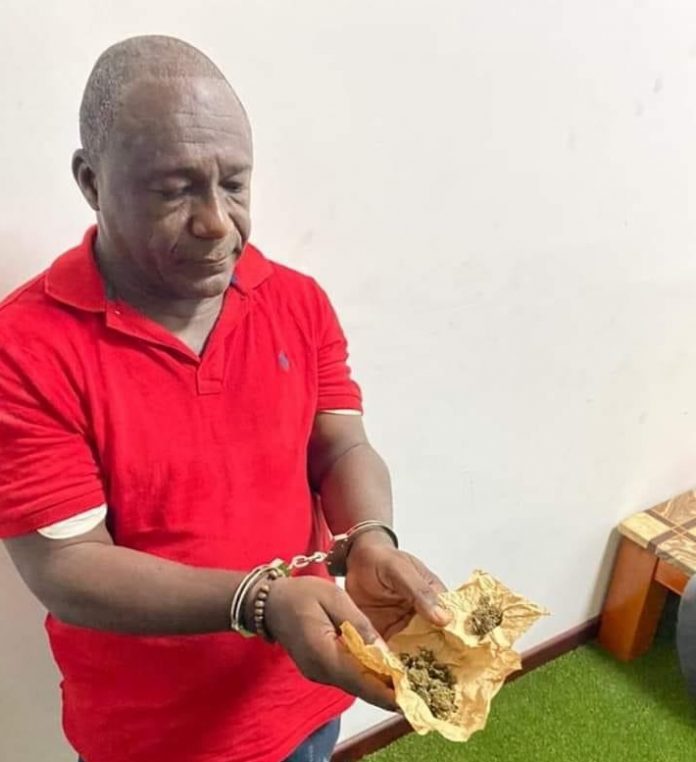 The self-acclaimed pastor Apostle Kwabena Owusu Agyei, who threatened to kill the chairperson of the Electoral Commission (EC) has been grated a GH¢ 100,000 bail by an Accra Circuit Court.

The accused is to present three sureties, two of whom must be public servants earning not less than GH¢ 2,000 every month. The pastor is before the court facing three counts of threat of death, unlawful possession of narcotics, and assault on public officer.

Apostle Kwabena Owusu pleaded not guilty to threat of death, contrary to Section 75 of the Criminal and Other Offences Act, 1960 (Act 29), offensive conduct conducive to the breach of peace and possession of narcotic drugs.

Read also: Bobrisky Lists 10 Bedroom Styles That You Must Try

In court today, his lawyers made a spirited argument for bail, and even though prosecution opposed the bail applications, the court granted him bail.

In addition to the bail sum, Kwabena Owusu is to produce three sureties of Public servants earning not less than GH¢2,000.