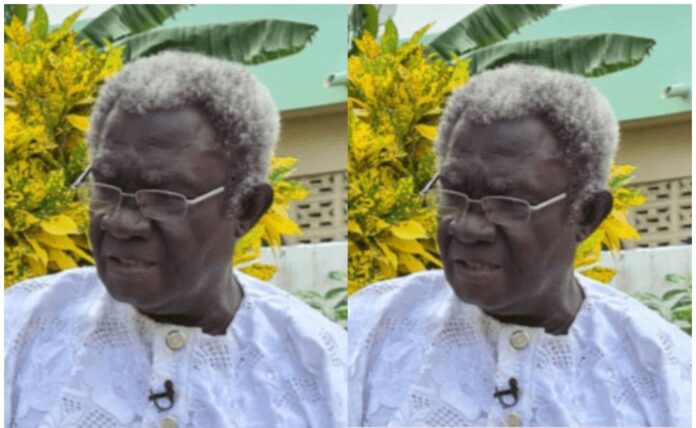 Popular anti-corruption crusader Paul Collins Appiah Ofori has appealed to Martin Amidu to rescind his decision to resign as the Special Prosecutor in the interest of Ghana and not any political party.

PC Appiah Ofori, as he is popularly called, said President Nana Addo Dankwa Akufo-Addo must, as a matter of urgency, invite the Special Prosecutor ( Martin Amidu ) and listen to the reasons why he resigned and resolve them.

“Ghana first…not NDC and not NPP so every Ghanaian should support this man to go back and work for Ghana,” he stated.

In a letter addressed to President Akufo-Addo on Monday, November 16, Martin Amidu said his decision is to enable the president take steps to appoint a replacement as required by law.

Mr. Martin Amidu, who announced his resignation publicly, explained that his decision to go public with his resignation was as a result of developments preceding his report on the Agyapa Royalties Limited Transactions and related matters, describing those developments as “traumatic experience”.

Reacting to the development on Onua FM’s Ghana Dadwene on Monday, the former Member of Parliament for Asikuma-Odoben-Brakwa Constituency in the Central Region said, in Twi: “I am sad he has resigned because in the fight against corruption, if you don’t get honest man to fight corruption, you can’t win it.”

“He is scrupulously honest so he will not countenance and condone corruption. His resignation has hurt me.”

Explaining why the fight against corruption should not be left unattended to, the former MP said “we need money to do all sorts of things like the Free SHSH, One-District-One-Factory, roads and so many projects, we need money”.

He acknowledged that Mr Martin Amidu “was fighting [corruption]. I am not pleased and I am urging him to rescind his decision. The president should call him to his office and have a chat with him to rescind the decision. If the president speaks to him, it will have impact and then the main reason why he resigned should be addressed”.

P .C Appiah Ofori said “through the fight, the government will get money to do more developmental projects so everyone should appeal to him to rescind that decision”.