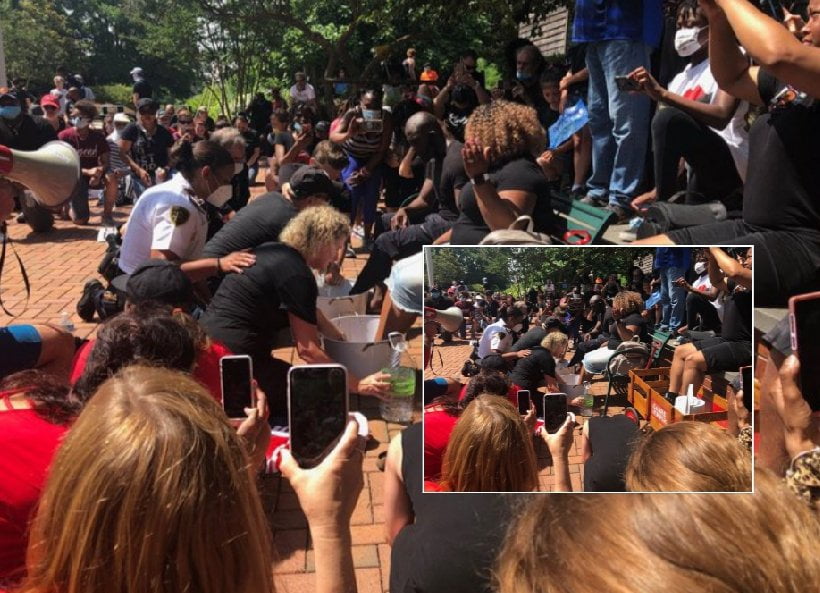 Here’s an example of true healing playing out in a very biblical sense — a group of white police officers and other community members came together to wash their black brother’s and sister’s feet … and asked for forgiveness.

Check out this moving scene that was captured Saturday in Cary, North Carolina … where, during BLM demonstrations, a handful of white folks came together to clean the feet of black religious leaders, while offering a prayer repenting for the sins inflicted on black people at large.

There’s one man with a megaphone leading the prayer, and he acknowledges there’s one race of people … going on to ask for forgiveness for their white ancestors enslaving, mistreating and oppressing African-Americans.
It was a surprising, yet moving sight to see — and also very Christ-like. In a week filled with all kinds of images of police run-ins with protesters — both good and bad — this one might say the most about the nation’s desire for change.