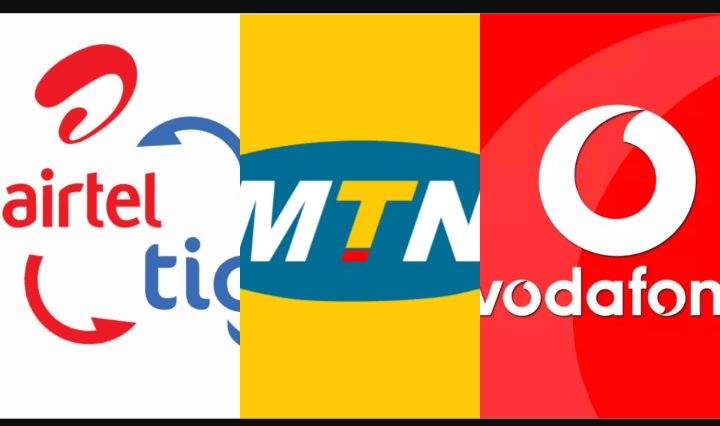 I believed you have been caught wondering the safest network for momo the first day you dared to open the account.

Mobile money ( momo ) is becoming the surest and fastest way of transferring money hence enhancing business transactions since its introduction almost a decade ago.

All telecommunications companies in Ghana have the service except the Glo network. Rush for the service is still on the rise after The Ghana Interpay And settlement system ( GHIPSS ) recently introduced Mobile Money interoperability.

This made internetwork money transfer easier without a third party. ( Though interoperability is different from internetwork both yield the same result ).

Now, with the rate at which mobile money fraud is rising, many do ask which among the telcos has the lowest record of momo fraud. The reason for this question is to shy away from those having higher records.

Well, as a news curator, I interviewed a few people on the street and also some momo merchants on how often they face momo fraud challenges and from which networks the most.

But before we move onto that, let me first gist you on how to prevent your wallet from falling victim to these fake calls from ‘senders’ who eventually ask you to send the money back to them. Hence getting looted at the end.

Mostly, the balance in the fake message doesn’t tally with your balance from your last transaction. This is a clear sign that the message is a forgery.

Tip number 2 is if the balance tallies or you are unsure of your remaining balance, refer the caller to MTN for a refund ( MTN will carry the due process in returning their money to them). Don’t access your momo wallet instantly in an attempt to confirm it.

Back to the topic, talking about telcos with the safest network for momo, most Ghanaians are on MTN MOMO wallet and that is where most of the complaints came from. According to 4 out of the 8 people I questioned, they are edging MTN to put in more effort to reduce the momo fraud on their network.

There is also a belief on the streets that workers in these telco companies are those engaging in frauding of their customers, this allegation has been rubbished severally.

I guess MTN was mentioned the most because almost 70% of the populace on MOMO are using MTN. Yes, from he whom much is given, much is demanded.

Whiles some complaint about the illegal extravagant charges some merchants press on them during transactions, some also called for more education for the public and better wages for the merchants to keep the service enjoyable.

Meanwhile, MTN has recently launched the NO ID NO CASH which keeps your cash safe even if the thief made away with your phone and sim card.

About Vodafone cash, the only complaint is most merchants always claim to be low on cash due to its low patronage. Hence the call to reintroduce the service into the Ghanaian market to cut cost and ensure more security for the customers since all the services on their platform is free excerpt cash withdrawal.

In conclusion, we can say MTN has the most secured system but the most attacked due to the numbers that patronize their service, hence can not be judged the safest. However, customers are advised to disengage from calls about their momo wallets and cash from unknown sources.

With that said, the quest for the safest network for momo in Ghana doesn’t depend on the network but how you take precautions and handle unknown SMSs and calls from scammers.

Hope this piece answered you, giving it a share will make our day. Thanks.