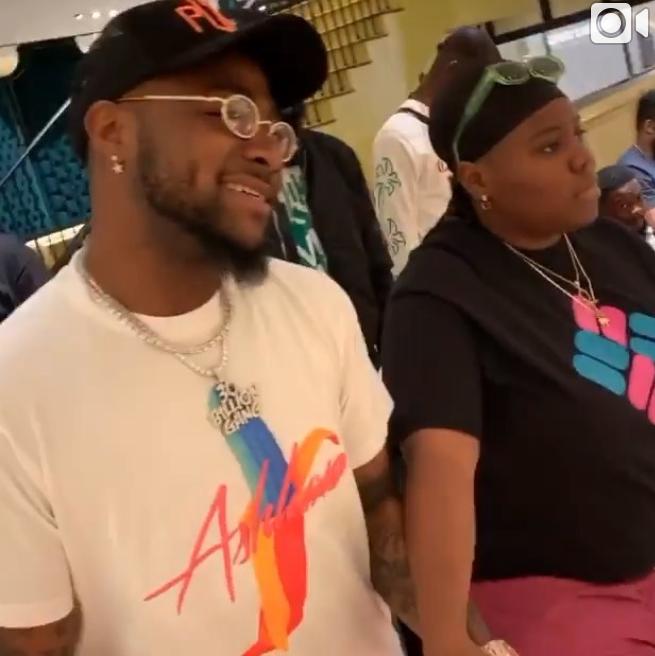 Teni the billionaire met his former boss in Dubai for One Africa Music Fest and they both went for shopping with all the OBO members.

Teni who was once Davido’s songwriter, had to break free from Davido after things went soar among the two.

After the break up, the two have never been seen together as a team, once do they meet at shows and parties.

In preparation for The one Africa Music that will be coming on in Dubai, most of Nigerian artists are trooping into Dubai and among them is Teni as well as Davido.

The two were happy having each other around as they go shopping together with Teni playing her Billionaire roles ordering Davido and his Gangs to buy everything they wish. She even wanted to pay twice the price of a pair of socks.

There was no master-worker behaviour as they both hold hands strolling the shop for things to buy.

And part of promoting Teni’s current project and acknowledging the unity among the two stars, BET posted the video with the caption Billionaire vibes

Do You Know Why Hard Work Beats Talent?

Video: Fan Disagrees With Sarkodie Over His Saara Song