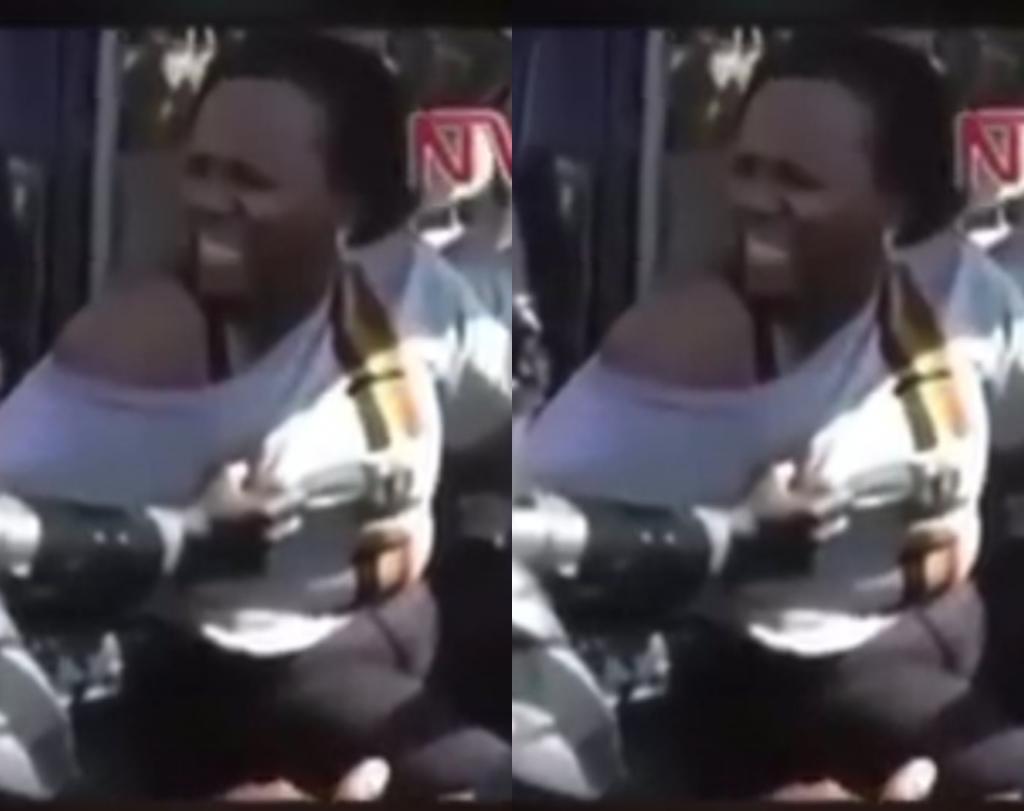 Ugandan Police harrased one of the top female political leaders in the middle of the road as a way of forcing her out of her car into the police patrol car.

In a video circulating, Ingrid Turinawe, the Women’s League chairperson of the FDC was seen being forced out of her car and in the process, one of the police officers seize the opportunity to grab the ladies breast and squeezed it.

FDC [ Forum Of Democratic Change ] is the biggest Ugandan opposition party headed by Kizza Besigye. The party is aimed at building institutions that promote democratic governance and accountability., developing a sense of nationalism based on justice and equality and also creating opportunities that will empower people socially, politically and economically. And has other initiatives that pose as a great threat to Federal Democratic Party, the current ruling party.