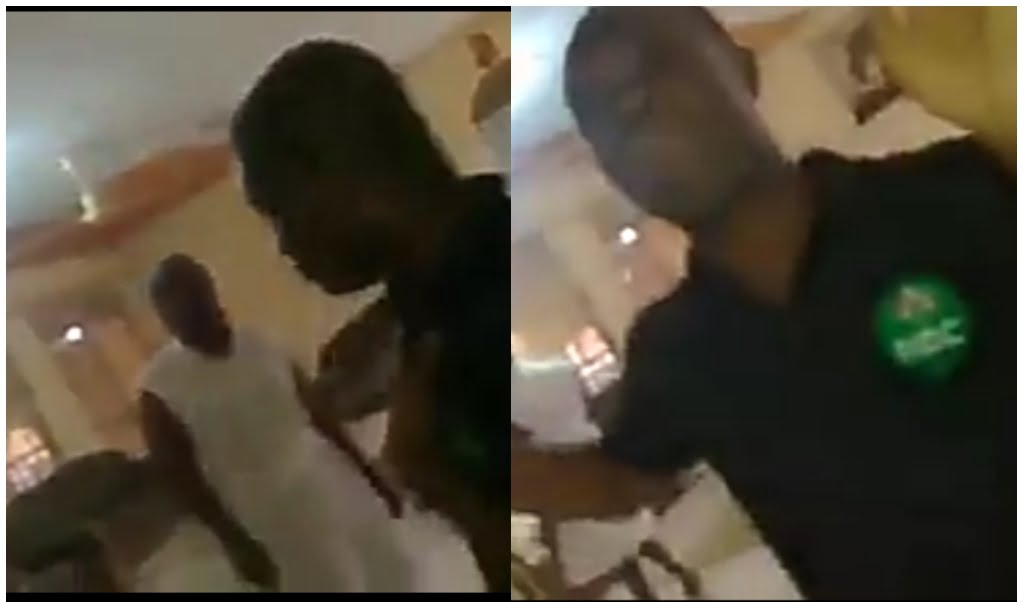 NDC Big man, Felix Kwakye Ofosu has just soiled the NDC with another scandal as a video suggests he was allegedly caught in the bedroom of a woman – definitely not his wife.

In the said video, the videographer explained that Mr Felix Kwakye Ofosu, who is an aspiring MP was seen in the room of his brother’s girlfriend.

The man who was filming the whole incident revealed that his brother was coming from abroad to marry his longtime girlfriend in the coming weeks, however, Mr Felix is allegedly enjoying his brother’s meal illegally.

From what we deduced from the video, Mr. Felix was caught in the lady’s room around 5 am in the morning, but we can’t tell the exact date.

Mr. Felix begged the man behind the camera to help settle things amicably, but it appears things did not go as planned hence leading to the video being leaked online.

Watch The Full Episode Of The Incident Here

Felix Kwakye Ofosu is a Ghanaian politician and former Deputy Information Minister under the National Democratic Congress in the John Dramani Mahama Administration and currently the aspiring MP for Abura Asebu Kwamankese.

Nurses To Sign Agreement ‘No Strike’ For At least 2 Years

Advertisement
Related Topics:FelixNDC
Up Next

Opinion: Felix Kwakye Was Recorded On Purpose To Blackmail

Nurses To Sign Agreement ‘No Strike’ For At least 2 Years