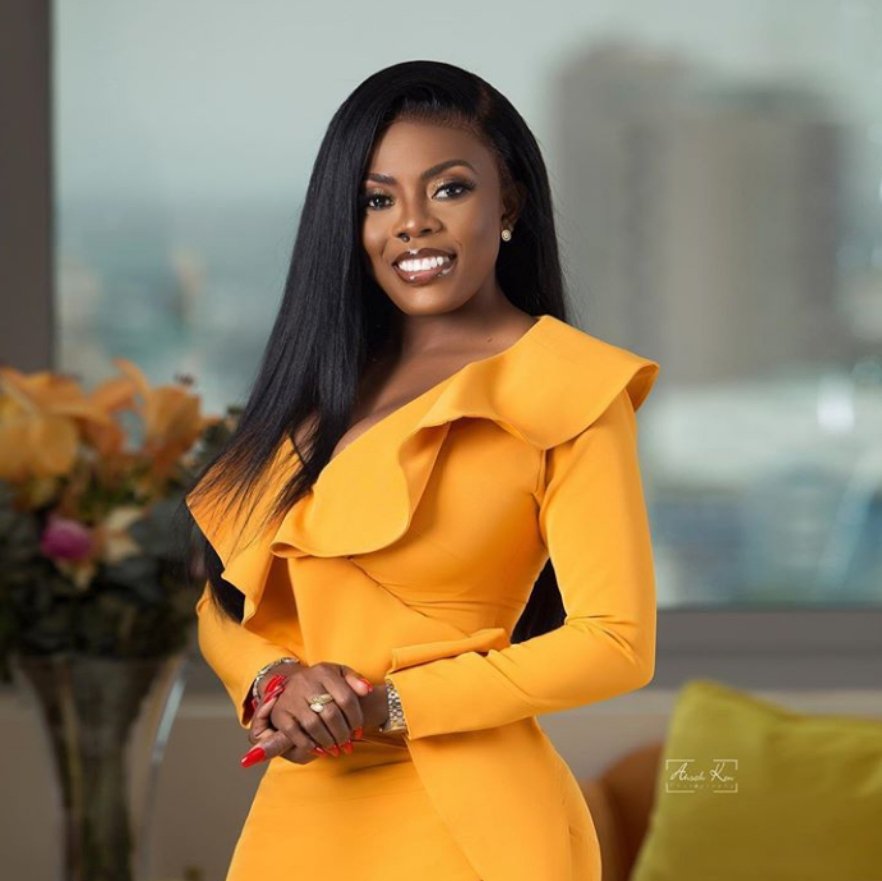 Popular media personality Nana Aba Anamoah has finally reacted to the news of fake number plate on the Range Rover she received on her birthday.

According to Nana Aba she is the very person who reported the case to the police after she realize that the number plate is fake.

She claims to be innocent about the whole brouhaha surrounding the car she was presented with from the admirer on her day.

Read also: Sarkodie Griefs As This Is Tema Concert May Not Happen This Year.

…When I noticed the concerns about the number plate, I went to the police myself to file a report. The next day, I went to the regional CID officer and filed a witness statement that I had received a car with a fake number plate. I took it seriously. I don’t know how this number plate came on the car and the police are investigating” She said in an interview with Morning Star host.

She wondered why all fingers were pointing at her just because she received a gift just like any other person on a birthday.

Anyways, she has registered the vehicle in her name now, a customized number plate of course.

Videos: Celebrities Who ‘Repented’ After The Earth Tremor

Advertisement
Related Topics:Nana Aba
Up Next

Lilwin Cries As Benard Nyarko Is Laid To Rest Today