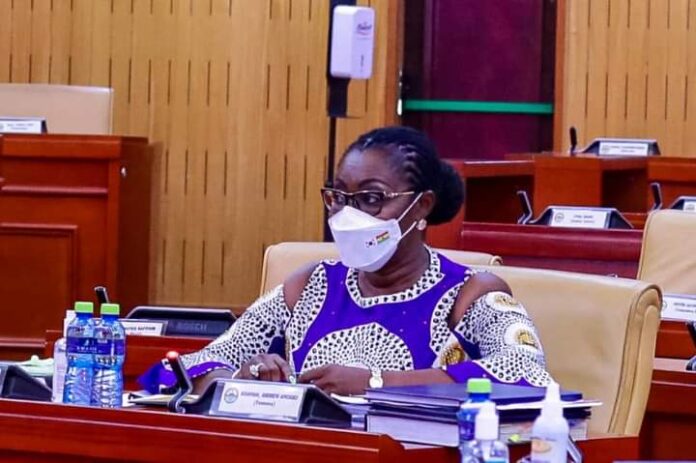 The Minister-designate for Communications and Digitalisation, Ursula Owusu-Ekuful, has said the transaction fees generated by operators of mobile money ( momo ) should be taxed in the wake of declining traditional revenue streams in the telecommunication sector.

According to her, a report from the Common Platform, which monitors momo trnosactions, indicated that monthly usage from 344.6 million transactions, in January 2021 alone, amounted to GH¢81.3 billion.

“In my opinion, the transaction fees generated by operators from this huge traffic and volumes of momo platforms ought to be taxed,” Ursula suggested and added that “that is my personal opinion and I have said so on several platforms.”

She explained that this should not be misconstrued to mean that consumers of mobile money be taxed, instead, the revenue earned by the telecommunication companies from the transaction charges on individuals who send and receive monies.

“The fee, which they (consumers) pay to all the network operators for this service, is revenue that they earn and the state has to be interested in that and has to tax them. I have been further informed that some of them are even facing out the sale of scratch cards and insisting on top-ups from mobile money,” she said.

For her, what that means is that the revenue that the state would have received from the sale and receipt of scratch cards is lost and that the current levy of 1% on mobile money transactions is income for the telecoms which is “beyond the reach of the state.”

“So while we are losing money on the traditional revenue stream because of technology, we are also disabling the state from gaining revenue from the new streams that these network operators are using,” said Ursula.

She added that “the state has disabled itself because currently, mobile money and all the revenues generated from it are not taxed as financial transactions. So I believe we need to look at that again.

“This will not be a tax against users of mobile money because the telecommunication companies are already charging consumers for the use of this service and that is 1%. That revenue that they are getting from the transaction fees, I believe the Ghana Revenue Authority (GRA) and the Minister of Finance ought to be interested in that.

“As I indicated earlier, GH¢124.5 million in January alone in transaction fees for momo was a huge amount (going as untaxed revenue for the operators). If even the state is getting 10% per month that is GH¢12.4 million per month; that is significant.”

She said, “I think we need to have this conversation because the state is losing revenue from the traditional revenue streams because of the evolution of technology.”

She noted that the number of people who made normal voice calls was declining and that the revenue that the state would have got from the Communication Service Tax was also declining.

“That is organic and it is not going to go up any time soon. We are using more data to do more, which is great. This is a conversation that we are having globally. Other over-the-top services are taking away from the traditional streams which are being lost.

“New revenue streams are being generated and a lot of studies are being done globally from the GSMA, ITU, and the CTO, all looking at this face,” she said.

In the area of cybersecurity, the Communications and Digitisation Minister-designate indicated that a lot had been done in the past few years on cybersecurity, but said: “a lot more needs to be done.”

“The National Communication Authority (NCA) has already set up a computer emergence team for the telecommunications sector,” she pointed out and added that “the Bank of Ghana, in conjunction with the Cyber Security Centre, has set up another one for the financial sector. The security sector also has one, or if they don’t, they need one.”

“We need one for the utilities, for the transportation sector. I have also launched one for NITA to oversee an e-government network,” she said.