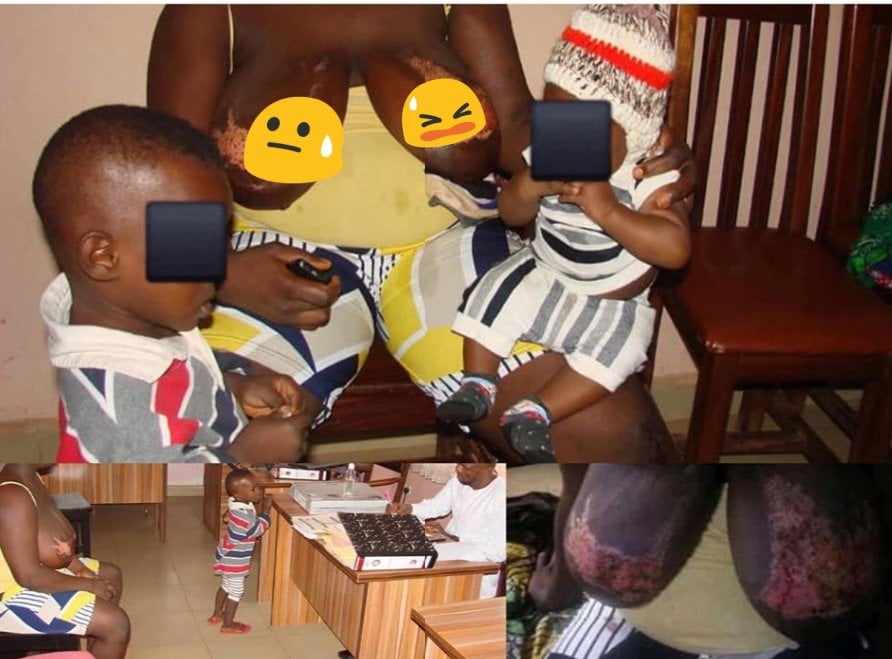 A man pours boiling water on his wife’s breast after asking him for money to prepare food for the family which he refuses.

A Ghanaian man identified as Emmanuel Opoku, has been arrested by men of the Enugu State Police command for torturing and bashing his wife, Chiamaka.

It was gathered that the culprit was arrested following a report to Women Aid Collective (WACOL) on 9th July,2020, that a man had poured hot water on his breastfeeding wife’s breast at Akwuke, Enugu.

The victim who is a mother-of-two, revealed that her husband was in the habit of physically and verbally abusing her, denying her and the children necessities and always torturing her unprovoked.

The recent incident happened when she asked him for money to prepare food for the family, he blatantly refused and while she was making pap for the 3 months old baby, he proceeded to pour the hot water on her breast.

Chiamaka has been in excruciating pain, she stated that whenever she tries to breastfeed the baby her breast will start bleeding profusely. See some graphic Photos below.

Advertisement
Related Topics:loveWife
Up Next

Lady Almost Used For Sakawa By Boyfriend Narrates Her Story.