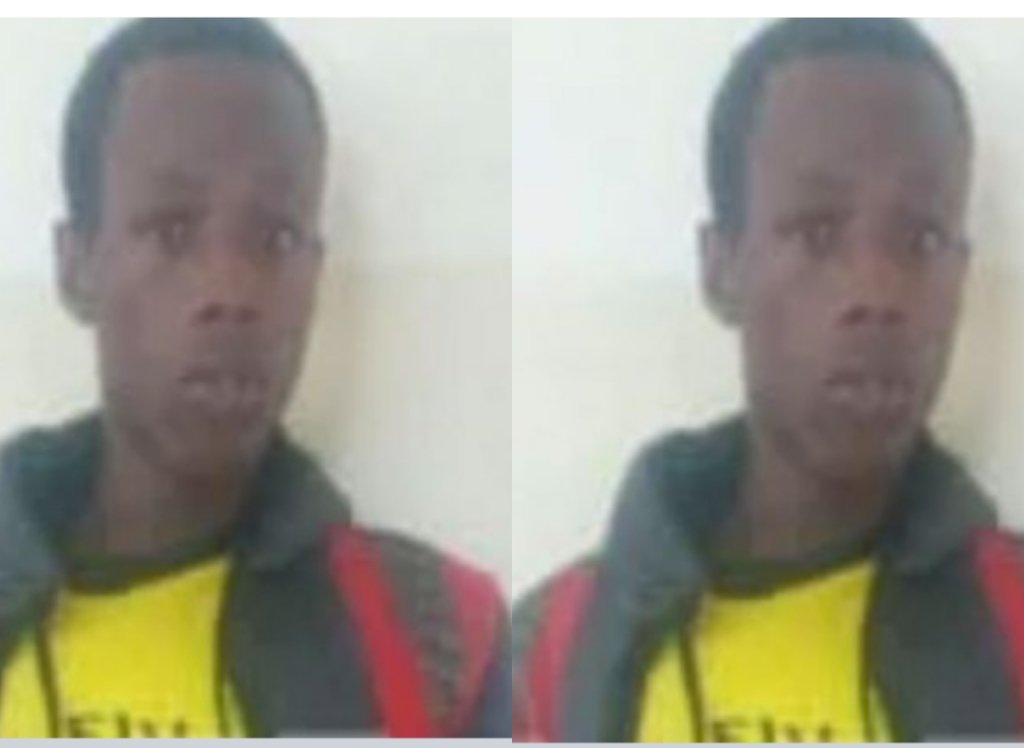 From Kyampisi village of Uganda, an Imam revealed how a ‘woman’ he married became a man after two weeks.

Sources said, the man, Mohammed and the ‘woman’ Swabullah Nabukeera had their vows according to Islamic customs only to later realise that ‘woman’s real name is Richard Tumushabe.

Nabukeera refused to sex ‘her’ husband Mohammed after two weeks in their marriage because ‘she’ was in her ‘menses’ [ having her period].

According to Mohammed Mutumba, he was not in haste for sex,  thus, his patience.

It is revealed that ‘couples’ had no intimacy before their marriage.

During his wait for the ‘period’ to be over, he was shocked to have learnt his ‘wife’ jumped over wall to their neighbour’s room to steal TV and clothes.

When the reports reached the police and ‘she’ was invited for interrogation, she was wearing hijab and sandals, according to The Monitor.

‘…As the police’s normal practice, a female police officer, searched the suspect thoroughly before taking ‘her’ to the cells. However, to the shock of the officer, the suspect had stacked clothes in the bra to hoodwink that they were breasts,” said Mugera, the District Criminal Investigations officer.

“On further search, we discovered that the suspect had male genitals. We quickly informed ‘her’ husband who had escorted her to the police station,” he said.

On finding that Nabukeera was a man, Mutumba accused Nabukeera for being a hoodlum.

Mugera said after investigating Nabukeera, he uncovered his genuine name as Richard Tumushabe, and that he is 27 years of age.

Mugera said Tumushabe told police he had duped Mutumba that he was a lady in an attempt to get his cash.

“We have accused him of impersonation, robbery and getting merchandise by false pretence,” the CID manager said.

Mutumba, an Imam at Kyampisi Mosque, uncovered that he met Tumushabe at the mosque, where he had gone for prayers.

“I was searching for a lady to wed and when I saw on a delightful young lady wearing a hijab, I approached her for affection and she agreed. We were in love, however, she revealed to me we couldn’t engage in sexual relations until I take dowry to her family and furthermore trade marriage pledges,” said Mutumba.

He clarified that inside, seven days he concluded all wedding plans, and visited Nabukeera’s auntie.

Tumushabe’s supposed auntie, who has likewise been captured by police, said Mutumba paid dowry which included two goats, two packs of sugar, three busuutis, a container of salt and a Koran.

Nuuru told police that she didn’t have a clue about that her ‘niece’ was male as she became more acquainted with him when he was a grown-up.

“The primary day he came to me he was wearing a hijab. I even laid down with him in my room. At the point when she revealed to me she had got a man for marriage, I gave her an approval and requested that her carry him to my home,” she said.

The police say they are searching for photos of their wedding day which would additionally stick the suspect.

“The case document has been sent to the Resident State Attorney for scrutiny and we are sitting tight for legal advice before we prosecute him,” said Mugera

Sad! 5 Years Old’s Eyes Are Coming Out Due To Cancer. Video