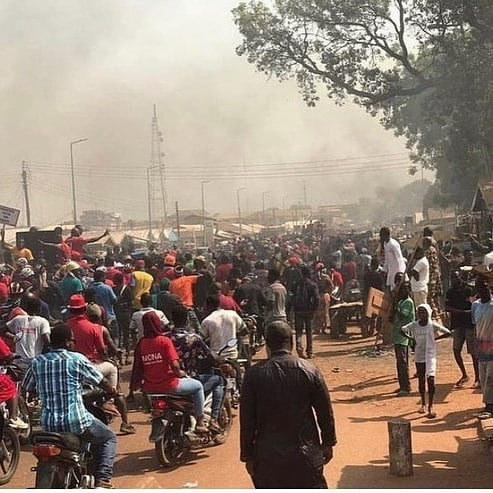 Tamale takes off in protest against the Electoral Commission’s declaration in favor of the New Patriotic Party.

It is going as national as more and more protests hit the streets of Ghana over the Electoral Commission ( EC )  declaration in favor of the New Patriotic Party which most people claimed is flawed.

Some parts of Accra including Ashaiman, Techiman, have registered their displeasure about EC by a peaceful protest. Calling for the results to be recounted or declare John Mahama as the president rather.

The latest to hit Ghana is the Tamale as an uncountable number of people in red, black and some party colors trooped to the streets in a  peaceful protest. See the photos below:

I Will Not Congratulate Akufo Addo, He Did Not Win The Election.

Advertisement
Related Topics:NPPTamale
Up Next