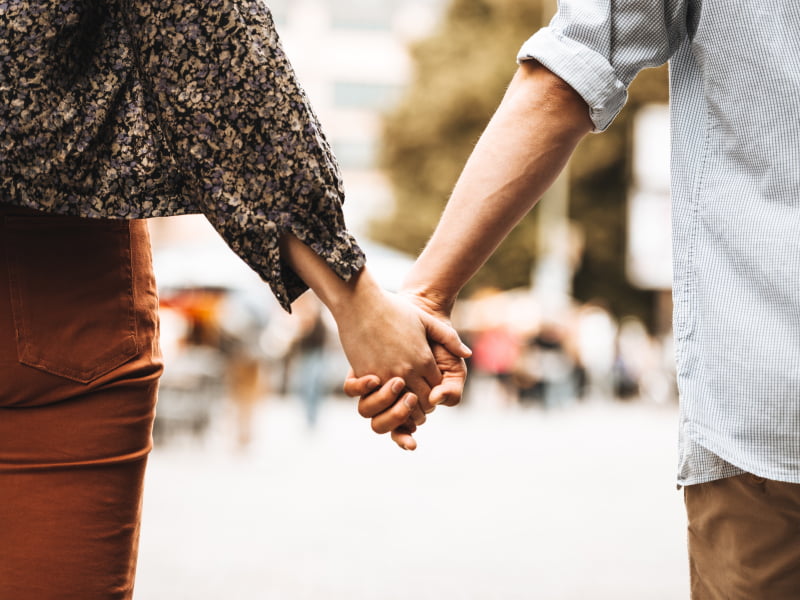 I have a simple hypothesis about the world. The reason why more people aren’t ending up in wildly devoted relationships is simply due to one thing: they’re not getting out of bad relationships soon enough. They stay in something “ok” for months and even years on end, preferring the safety of mediocrity to the angst of loneliness. In the end, they fail to make space in their lives for the right person because there’s no room.

In the creative arts, there is a saying: “Good is the enemy of great.” And I’d say the same applies to relationships. A “great” one won’t come your way unless you’re willing to pass on the ones that are merely “good.”

So this is a simple plea: desire strong feelings from your relationship. Demand awe and inspiration–not all the time, but at least with some regularity. Do. Not. Settle. If you’re not saying aloud (or at least to yourself) “I love you” to your mate in 6 months or less, hit the “next” button. Have the courage to believe that something better is out there. (Hell, I think you might even be able to know sooner than that I’m trying to be reasonable here.)

And I know some people take issue with this, saying they were dating three years (or more) before they truly fell in love, and now they’ve been together 15 years, blah, blah, blah. And I don’t deny that can happen, too. But what happens a lot more often is people who are in limbo for years simply don’t dare to feel they can’t “waste” the years they’ve been together by splitting up now, and instead go on to waste ten more miserable years together being in an incompatible relationship they don’t dare to get out of.

When true love strikes, it doesn’t take long to recognize it.

When everything clicks, there is very little doubt in your mind. Its laser-accurate clarity will envelop you. Calm you. Inspire you.

Now, this theory of high standards has to apply to yourself as well—don’t settle for a mediocre version of yourself if you want to attract an amazing mate. Be someone who chases their dreams, if you want that characteristic in your mate. Be someone who brings as much to the table as you expect from them. If you want someone who lives passionately, has an interesting, fulfilling career, has tons of hobbies, fills the room with their personality, and inspires others through their actions, then you need to be that kind of person, too.

This is where many of us fall short. We settle for mediocrity in ourselves and yet expect to end up with Leonardo DiCaprio or Keira Knightley. The classic “double-standard.”

If the double standard doesn’t apply to you, you may have too much patience. No one wants to be too judgmental. Part of being an adult is being tolerant and accepting of others’ flaws. But many of us just stay in something “good” for too long, hoping it will eventually blossom into something mind-blowing. But it doesn’t. It just says “good.”

From what I’ve seen in couples who’ve found “the one,” it usually doesn’t take years to realize. It’s somewhat early – usually in the first year, and sometimes in the first few weeks. If you’re the right kind of person, who’s done the necessary work on themselves, then you’ll know very quickly. Assuming they’re also worthy of you.

And if you’re not saying “I love you,” it’s not a tragic ending. It just means you could probably do better. And should. This is why you owe it to both of you to move on and give each other room to find a better match. The problem we’ve gotten into as a culture is that we feel like we don’t have the right to break up with someone if they haven’t done anything morally incomprehensible.

But you don’t have to wait until someone cheats on you to break up with them. You can simply leave if your heart isn’t fully engaged. (At least while you’re just dating—being married and raising kids together, yes, you need to stick around and give it every shot you can unless you’ve suffered too much to stomach anymore.) You can exit if you simply feel, “Hey, I like you. We’re having a ‘nice’ time. The sex is even pretty decent. But I want more. I deserve to feel more. And so do you.”

And that’s the guilt-relieving part of my argument; you’re helping them find someone better, too. Because chances are there’s someone else out there who’s a better match for them than you are, too. You both just need to keep exploring.

Guy, girl, gay, straight, whatever: If it’s love you want, give your venture enough time to have a chance to flourish, but just as a venture capitalist doesn’t make unconditionally investments forever, pull your money at some point if you’re not seeing enough return on your contributions.

Because there’s plenty of other things out there to invest your time in. You just have to let go of the current one to see them.

But here’s the biggest reason to move on, and the one most of us are least aware of: right now there’s something better that might be available to you that will not be able to enter your life because you look “content.” You already have someone at your side, so there’s a “No Vacancy” sign above your head diverting anyone who might be interested in you. You don’t know what you’re missing out on. You think the only option you have is the one in your hands, but it’s not. That’s just the only option you can see right now.

What would happen if those other options knew you were single? If they knew you were unhappy in that “thing” they saw you in? If there was finally a space next to you at the bar that they could slip into and chat you up?

You won’t know until you say no to “good” to make room for “great.”