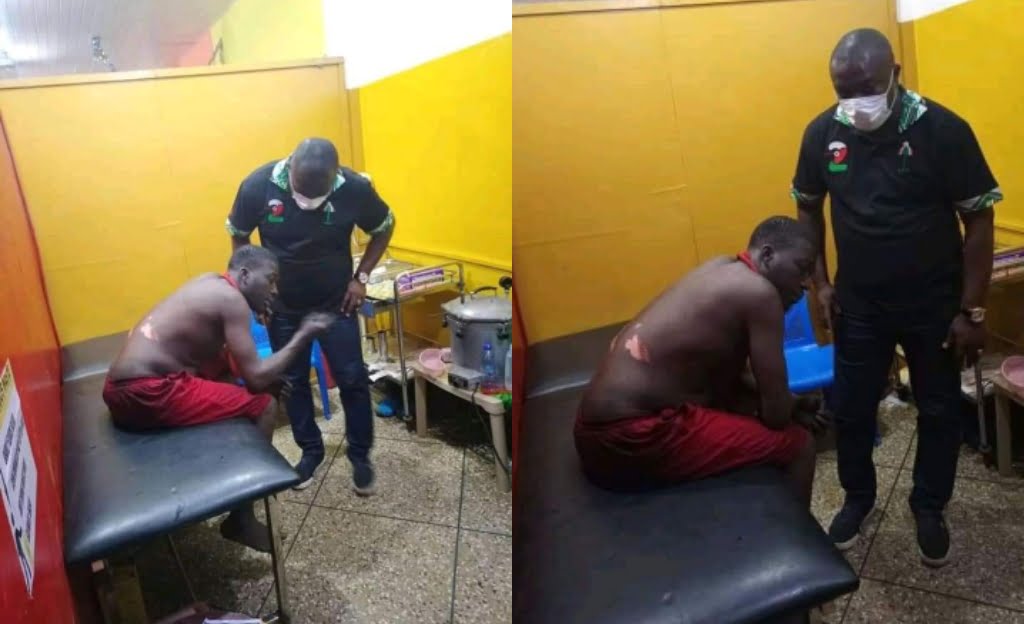 One person is said to be injured after police splashed hot water on him during the National Democratic Congress (NDC) protest in the Ashanti Region against the outcome of the 2020 general elections.

The leadership of the NDC and over 1000 supporters hit the principal streets of Kumasi to register their displeasure against the Electoral Commissioner, Jean Mensa.

The supporters despite the peaceful demonstration blocked roads and burnt tyres creating congestion and vehicular traffic in parts of the garden city.

Police who tried putting out the fire with their water cannons spilt some on some supporters of the NDC one of whom got injured.

The victim was rushed to Manhyia Government Hospital for treatment.

The Ashanti Regional Organizer of the NDC Isham Alhassan speaking in an interview with Pure FM’s Osei Kwadwo monitored by MyNewsGh.com revealed that 2 supporters were arrested by the police during the protest.

According to Isham Alhassan, the leadership of the NDC will secure bail for those who were arrested though he was unable to give reasons for their arrest

“The demonstration was peaceful but the supporters were plenty and we couldn’t control them. Burning of tyres during a demonstration is normal and it doesn’t take away the peace of our demonstration,” Isham said.

Meanwhile, the NDC executives are currently at the Ashanti Regional Police Headquarters to secure bail for the arrested NDC supporters who police say violated some rules in their street protest.

Advertisement
Related Topics:KumasiNDC
Up Next

The NDC And John Mahama Will Never Concede Defeat