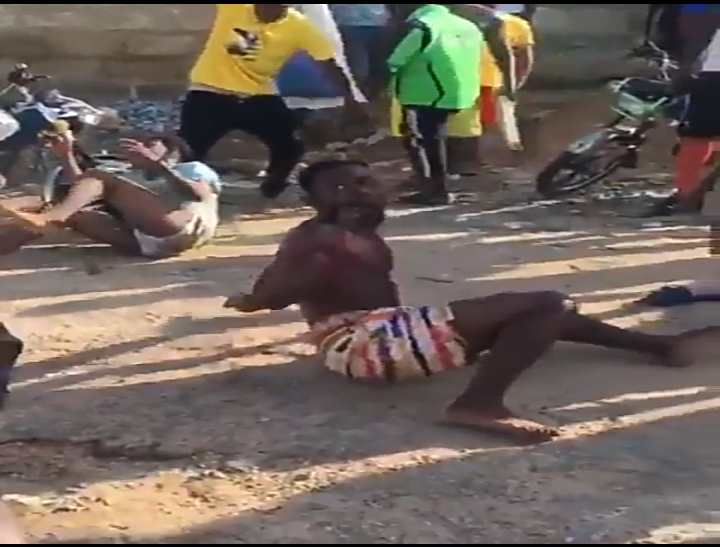 The gruesome killing of one police officer Emmanuel Osei at Adedenkpo, a suburb of James Town in Accra has triggered a thorough combing of the area by both angry youths and the police after a huge ransom of 20,000 have been placed on the killers.

A video is circulating has reached the desks of globecalls.com suburb suggesting that the notorious young men who robbed the bullion van and made away with a huge sum of money, has been arrested by some angry youths of the area.

The video has the locals serving justice to the notorious robbers in the hardest way.

Though the video has no firm evidence about the young men being the robbers who were involved in the Bullion van robbery, it is reported to be so. Watch the video below.

We will keep you posted.