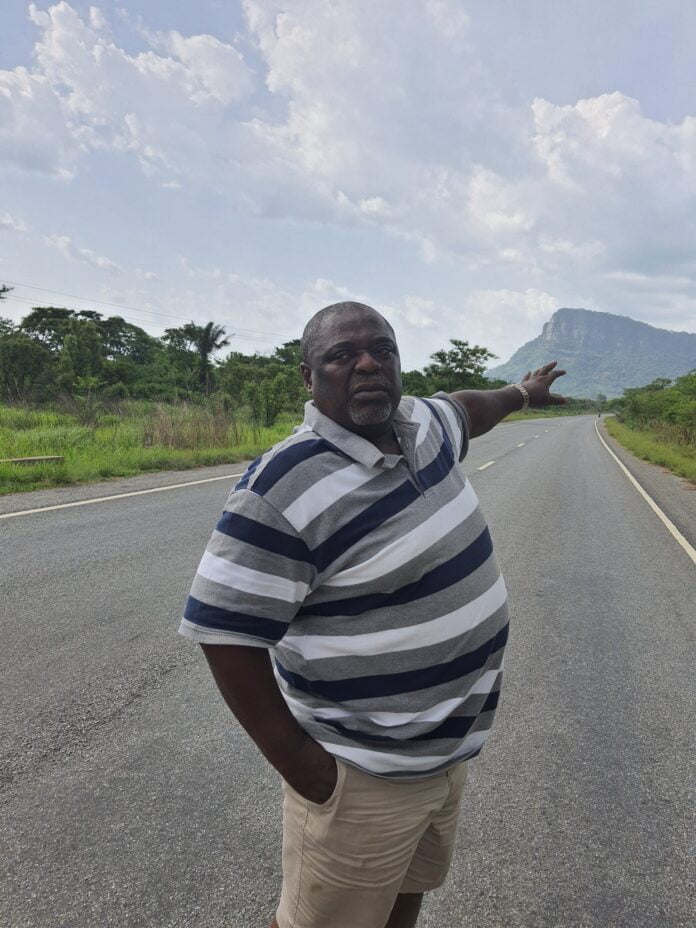 Embittered suspended member of the National Democratic Congress (NDC) Koku Anyidoho has said he is ready to expose the shady dealings of former President Mahama if he does not seek forgiveness.

According to him, the NDC leader had a lot of hate for the late former President Atta-Mills which influenced his decision to completely abandon whatever he started.

In a Twitter rant, Mr. Anyidoho said Mahama needs to go kneel on the tombstone of Atta-Mills and confess his sins and ask for forgiveness or he will expose him.

He also added that Mahama harbors hate and envy against him because of his love for Atta-Mills and his unquenchable desire to continue with his legacies.

He wrote the following:

“Why did John Dramani Mahama hate his boss President John Evans Atta-Mills; & extended the hatred to Koku Anyidoho? Why did John Mahama REFUSE to build the Asomdwee Park? Let the world know that I do not hate JM; he hates me because of my loyalty to President Atta-Mills.”

“Why did John Mahama not follow the steps of his boss President Atta-Mills, and construct the main trunk road to UHAS? I have questions for JOHN MAHAMA to answer and I am now ready for him.”

“In the name of the Atta-Mills Institute, I am on my knees pleading with Prez Akufo-Addo to do all he can to construct the main trunk road from Sokode to UHAS. John Mahama refused to do it because he hated his boss PREZ Atta-Mills; Prez Akufo-Addo will do it to honor a classmate.”

“I don’t have the time to waste on uneducated infidels who don’t understand that, their idol, John Mahama, has been deeply ungrateful to the memory of his boss, President Atta-Mills.”

‘Never again should an idiot claiming to be loyal to John Mahama, ever disrespect the memory of John Evans Atta-Mills, and let them not dare insult me again or else I will give deep information about how John MAHAMA disrespected Atta-Mills” 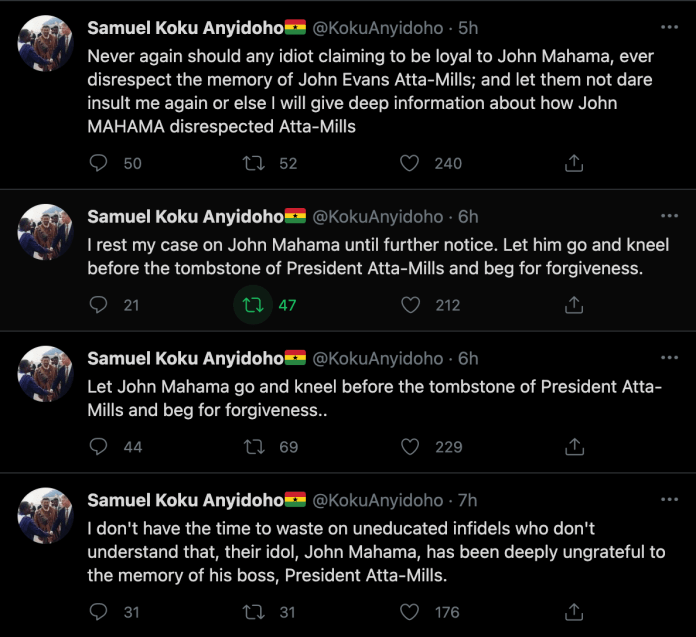