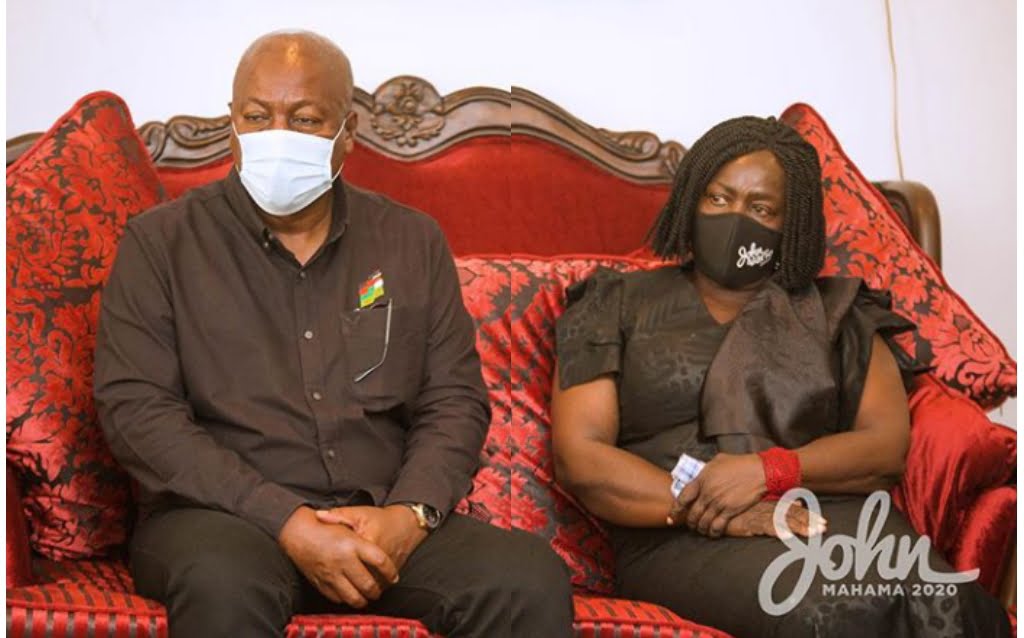 The National Democratic Congress’ (NDC) tour of the Ashanti Region led by John Mahama has made a brief detour to check on victims of an accident involving supporters of the party.

The group, lead by the NDC flagbearer, John Dramani Mahama visited the Ejura Government Hospital after an accident at Frante claimed the lives of six persons traveling to join the party’s campaign ahead of the December elections.

Eyewitnesses say the accident reportedly happened when the bus conveying the supporters was crossed by a motorcycle resulting in the driver losing control of the truck.

The incident which occurred at the Ejura Sekyedumase Municipality on Saturday saw about 50 others sustaining injuries with 15 in critical condition.

Health workers at the hospital are working around the clock to save the lives of the persons involved.

John Mahama was in the company of campaign manager Prof Joshua Alabi, Chairman Samuel Ofosu-Ampofo, Ashanti Regional Deputy Secretary of the NDC, Matthew Kojo Njourkone among other party big-wigs in the region.

Addressing the people of Ejura after the visit to the hospital, he commiserated with the family of the deceased.

While expressing his belief in a speedy recovery of the victims, he stated that the municipality was at the heart of his campaign and will do more to develop the area.

The deceased have been conveyed to the Ejura Government Hospital Morgue.

Ghana Will Vote On Records Not Scandals – Hadzide