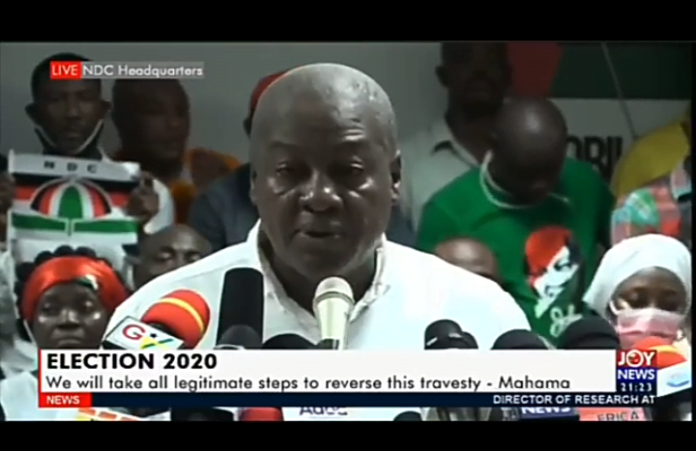 Mr. John Mahama, the petitioner in the ongoing Election Petition, has applied for a review of the Supreme Court’s ruling that prevented him from reopening his case.

The Supreme Court on Tuesday, February 16, 2021, turned down a request by Mr. Mahama to re-visit his case which his lead lawyer, Tsatsu Tsikata closed last week.

The court in its ruling read by the Chief Justice, Kwasi Anin-Yeboah, said the petitioner’s legal team failed to provide any better justification for the request and thus dismissed it.

“We accordingly refuse that application,” the Chief Justice said.

But according to the review application, Mr. Mahama insisted that the apex court made fundamental errors in its ruling.

He is thus praying the court to reconsider his new argument and depart from its earlier ruling.

“I am advised by counsel and verily believe the court made fundamental errors of law including the ruling being per incuriam of constitutional provisions, statutes and previous decisions of the Supreme Court.”

“Among these errors, I am advised by counsel and verily believe is an error whereby the court’s subordinates a provision in the Evidence Act to a rule in subsidiary legislation by the Rules of Court Committee,” the application added.

The said application is expected to be heard on Monday, February 22, 2021.

What happened within the week?
The Supreme Court in a unanimous decision within the week dismissed the application filed by the petitioner, seeking a review of an earlier ruling affirming the right of the Chairperson of the EC, Jean Mensa not to testify in the ongoing case.

In that ruling, the court also said the petitioner didn’t convince the bench to depart from its earlier ruling.

“The applicant has failed to satisfy the court that a new or important matter resulted from the reference to the constitutional provisions referred to [in the earlier ruling].”

“In the result, the application fails, and it is hereby dismissed,” the Chief Justice read on behalf of the panel of justices.

The court also struck out the application of stay of proceedings filed by Mr. Mahama.

The court in ruling on the matter said the determination of the review application renders the stay application moot.