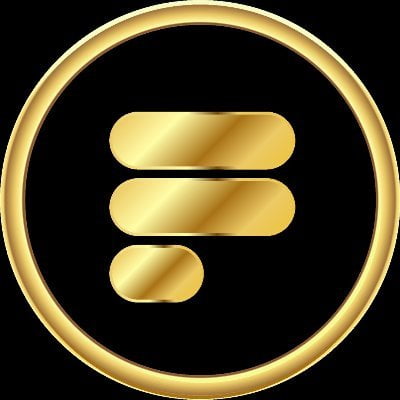 Ghana readies to have its first launch of a speculated cryptocurrency by a native as Freedom Coin, but who is Freedom Jacob Caesar – the man behind the Freedom Coin? Is he qualified to launch a crypto coin? Is it a fraud?

Though the coin it yet to go live, these and more are the questions one would deal with in order to trust the Freedom coin as Ghana has seen a lot of typical scams in the past years.

Who Is Freedom Jacob Caesar?

Freedom Jacob Caesar is a businessman, real estate developer, and visionary ( who is aimed at bridging the gap between Africa and the Western World ) whose real name is Nana Kwame Bediako with an enormous net worth of $2.5 billion according to Forbes.

He is born in a well-to-do Bediako family in Ghana, sailed through all levels of education with success including the Waltham Forest College and the University of Westminster in the United Kingdom after Accra Academy and Apam Secondary school primary and secondary education respectively in Ghana.

He owns and runs a group of companies under the umbrella name Kwarleyz group which consist of Belfast City and Property Management, Petronia City Construction, Wonda World Estates, and New Africa Foundation.

Nana Kwame Bediako is also known as Freedom Jacob Caesar is married to one Ruby Bediako and they are blessed with 3 beautiful kids.

What Is The Freedom Coin Legal Or Genuine To Invest In?

Freedom Coin ( Freedom Caesar Coin) is a crypto coin under development by Ghanaian business mogul Freedom Jacob Caesar. The value of the coin is yet to be known as it is yet to go live.

Freedom Caesar first spoke about the Freedom Coin at the celebration of Ghana’s independence during the match-pass on the 6th March 2022 at the Black Star Square and also on his social media handles, though not yet launched.

And the aftermath, Ghanaians and Africa are left to decide whether to embrace and trade the freedom coin or not when it finally sees fruition.

Now let us deal with the questions one after the other to settle the debate on the Freedom coin as we wait for it to go live.

Who Can Launch A Cryptocurrency?

Anyone can launch a cryptocurrency provided they have the capital to undertake the business. With barely $150,000, one can afford host, technology, legal consent, and initial advertisement to start with.

And per the net worth of Nana Kwame Bediako, that is chicken change.

What Does It Take To Launch A Cryptocurrency?

It takes advanced techy knowledge to create and launch a cryptocurrency but without that, one can hire a blockchain developer. After that be ready to commit your time, money, and other resources.

What Is The Right Mean To Launch A Cryptocurrency?

ICO ( Initial Coin Offering) is the easiest and cheapest way any investor can begin his crypto funding and launch journey.

Initial Coin Offering is the crypto term coined by the business term Initial Public Offering ( IPO ) which most mega ventures do to fund and launch their business.

ICO structured alongside a white paper gives potential investors the zeal to buy some of the project’s tokens.

ICO promises the buyers a stake or a fixed amount of return from the business if the funding meets expectations, however, if it fails, then the harvested fund may be returned to the project’s investors.

Note: Because this is the easiest way to fund, anyone can launch an ICO and later abscond with your money. Make sure any ICO you are contributing to has real and accountable people behind it and also the product’s leads’ history with crypto or blockchain.

Does One Need License To Operate A Cryptocurrency?

Yes. Though that and its procedures depend on the jurisdiction your company will be operating from, there are still a set of common requirements one must meet in every jurisdiction regardless. They are the following:

According to research, crypto investors have little to no protection in the market against property loss from the government.

They are not issued or backed by any government not even in the US. And so, no government approves cryptocurrency but since it deals with money, banks of states or countries are involved to ensure some regulations.

Is The Freedom Coin Fraud?

Concluding from all points listed above, the only one that the Freedom coin falls short of per information available in the bank license to operate, on which the Bank Of Ghana issued a statement.

But this shouldn’t be treated lightly.

We wait for the Bank Of Ghana to clear the Freedom Coin of any suspicions for us to call it trusted. Until then, be the judge and make the decision you deemed right.