Globecalls.com
Home Viral Video Of Angel Obinim Chilling With A side Chic Drops. 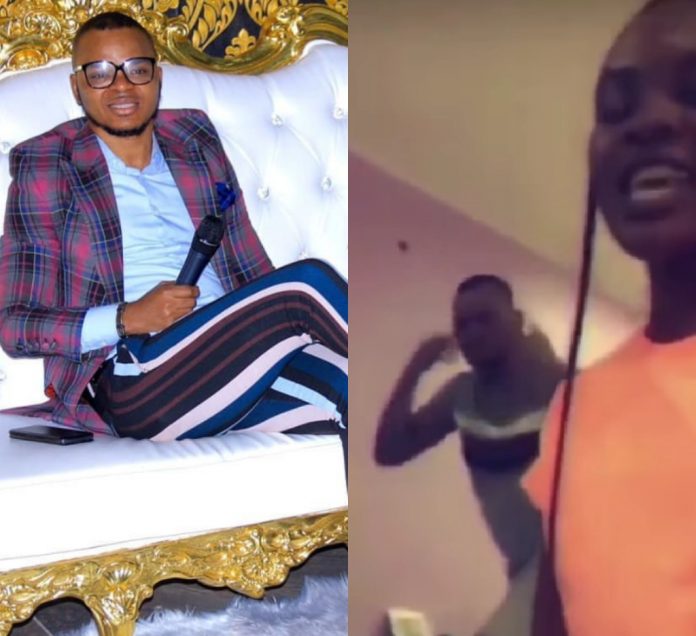 The tug of exposé between Angel Obinim and Kennedy Agyapong is getting hotter and hotter as both parties are threatening each other with the worst they can do.

Firstly, the episodes of Obinim’s exposé started with Kennedy who begun dropping videos to prove the dubious lifestyle of the ‘pastor’ .- from sleeping around with ladies to rituals.

And was firmly seconded by Afia Schwarzenegger who posted a video of him explaining the bloody sacrifices they do to get fame and money.

God vindicated me Again…This Idiot was bragging of appearing in my dreams…hw3 ne gyimii bi… Ghanaians called me Names 6 years ago when I told them who this demon was …Today you people will know who a man of God is..

A post shared by 👑Queen Afia Schwarzenegger👑 (@queenafiaschwarzenegger) on Mar 25, 2020 at 7:08pm PDT

In the heat of things, more videos are dropping exposing Obinim’s life behind the scene.