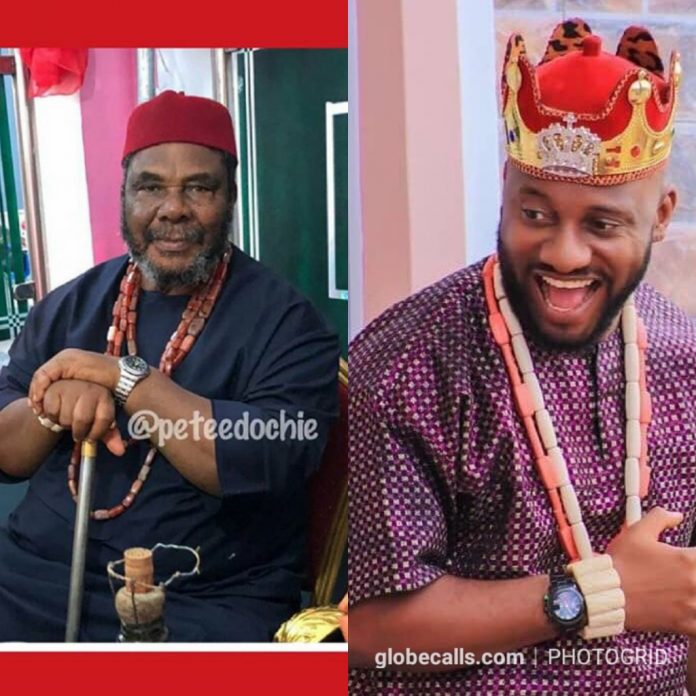 Nigerian actor/ politician Yul Edochie has reacted to his father’s view about kneeling down to propose to a woman.

Recall, few days ago, Peter Edochie made claims that kneeling down to propose to a woman is a European way of getting married which means you have succumbed to the wish and commands of the woman. Which is the reason behind taking away of the man’s properties whenever there is a divorce.

His son Yul has finally reacted to his father’s claims.

However his reaction is a troll to one Ghanaian blogger Zionfelix who revealed that the picture was taken in 2012 at a movie titled John & John launch.

Video Of Angel Obinim Chilling With A side Chic Drops.