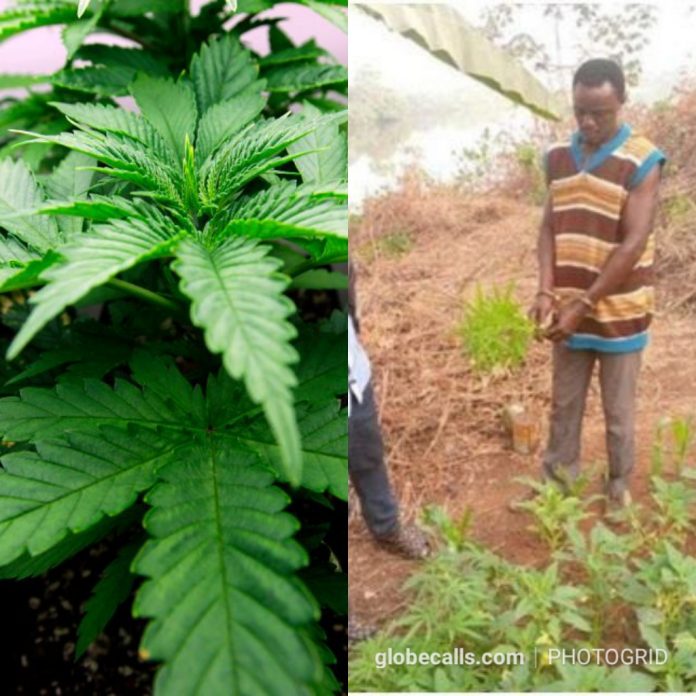 In the Anambra State of Nigeria, Nigeria Security And Civil Defense Corps ( NSCDC) has uncovered a cannabis farm in Lake City Secondary School in Nri community.

The Indian Hemp farm was concealed within a vegetable farm in the backyard of the of the school.

Mid 40s man, Amobi Okafor who was initially arrested for matcheting a security guard in the school during an argument, was discovered to be the owner of the farm.

Talking about the discovery, commander of the NSCDC revealed said ; The suspect confessed to the crime and took the NSCDC operatives to the location, behind Lake City Secondary School, where he grows cannabis on a yearly basis.

Exhibits recovered from him include machet, fresh leaves suspected to be cannabis sativa(indian hemp) and other incriminating items.”

In some other news, world richest man Jeff Bezo has allocated $10b in protecting the earth. Read full story here