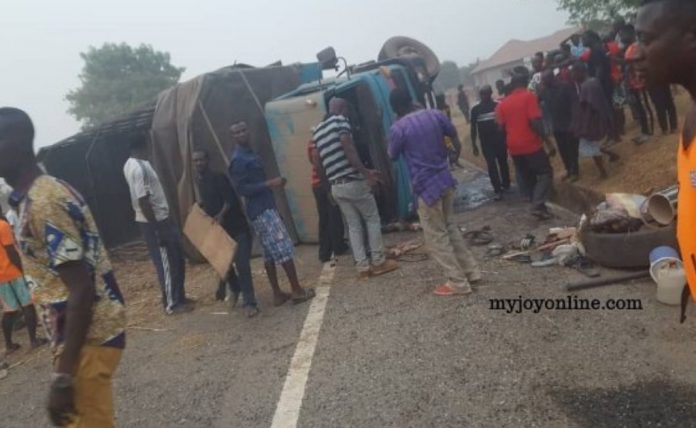 Collision of two vehicles traveling from Osromani to Gyasayo in the Krachi West of Oti Region has claimed 7 lives with 51 more in a critical condition.

According to the report, it all began when a student on board one of the vehicles asked the driver to make pit stop for her to attend nature’s call.

In attempt to stop , the driver lost control of some of the bus because he was driving on top speed. Thereby , running into a Rhino truck before somersaulting twice, killing 7 and 51 more in a critical state.

It was reported that some of the passengers onboard one of the vehicles involved in the accident were Seventh Day Adventist (SDA) students returning from the funeral of their headmaster, Theo Yaw John.