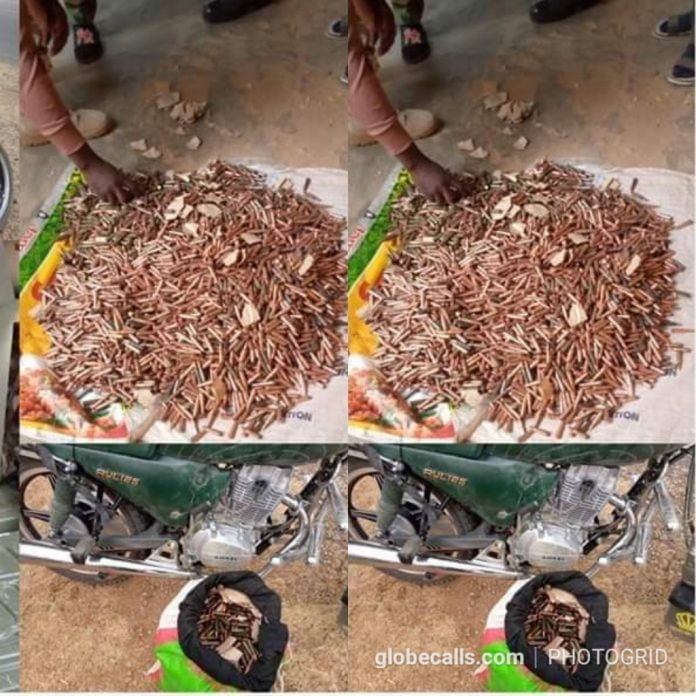 4,653 rounds of bullets disguised in bag as rice in Nigeria.

The bag was intercepted after a tipoff from an insider ( name withheld) about the bullets that will be traveling to in the morning 10 a.m in Monriki Zamfara in Nigeria on 12/02/2020.

The motor rider disobeyed signals from the police to stop which led to a hot chase. The rider reportedly escaped but the motor was impounded and the bag containing 4,653 bullets of 7.62mm (special) was retrieved.

‘…4,653 rounds of bullets disguised as rice, intercepted in Zamfara At about 10a.m on Wednesday, troops deployed at Moriki, Zamfara State, received a tip-off on the movement of ammunition and mounted an emergency stop and search checkpoint. Not long after, a motor bike arrived with a bag looking like a bag of rice. The bike man, however, refused to stop for routine checks and the troop had to give a hot chase. They got the bike impounded while the rider escaped. They later discovered that the bag contained about 4653 rounds of 7.62mm (special). 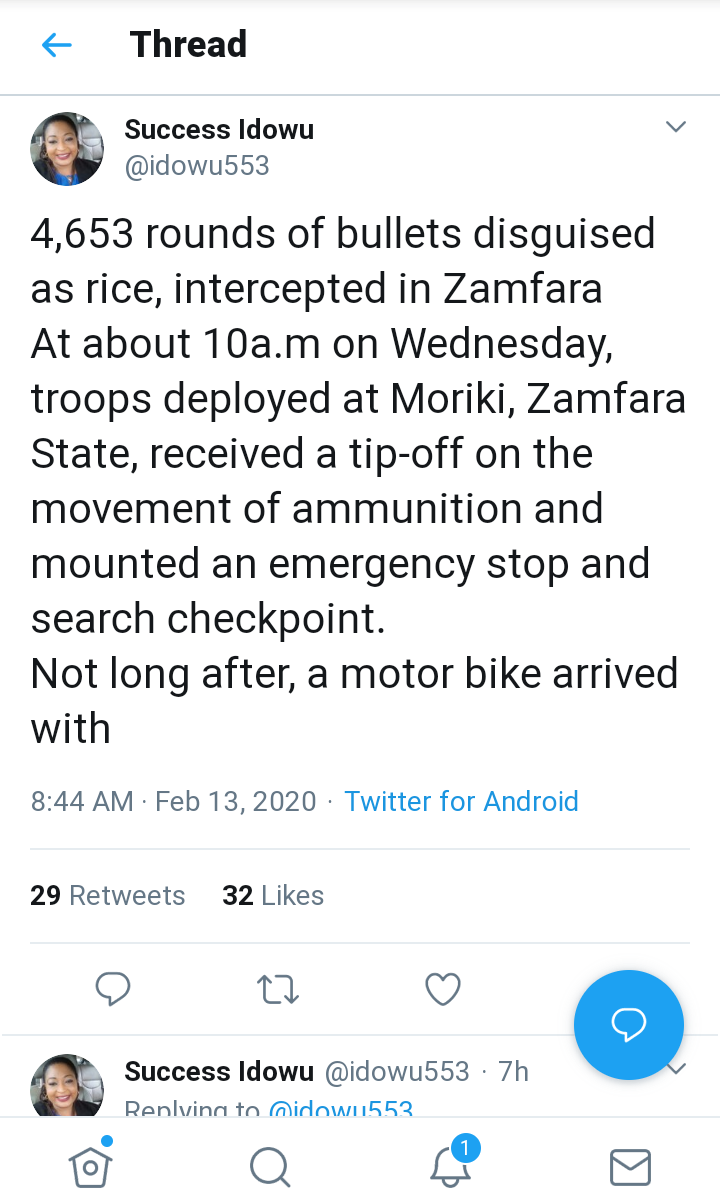 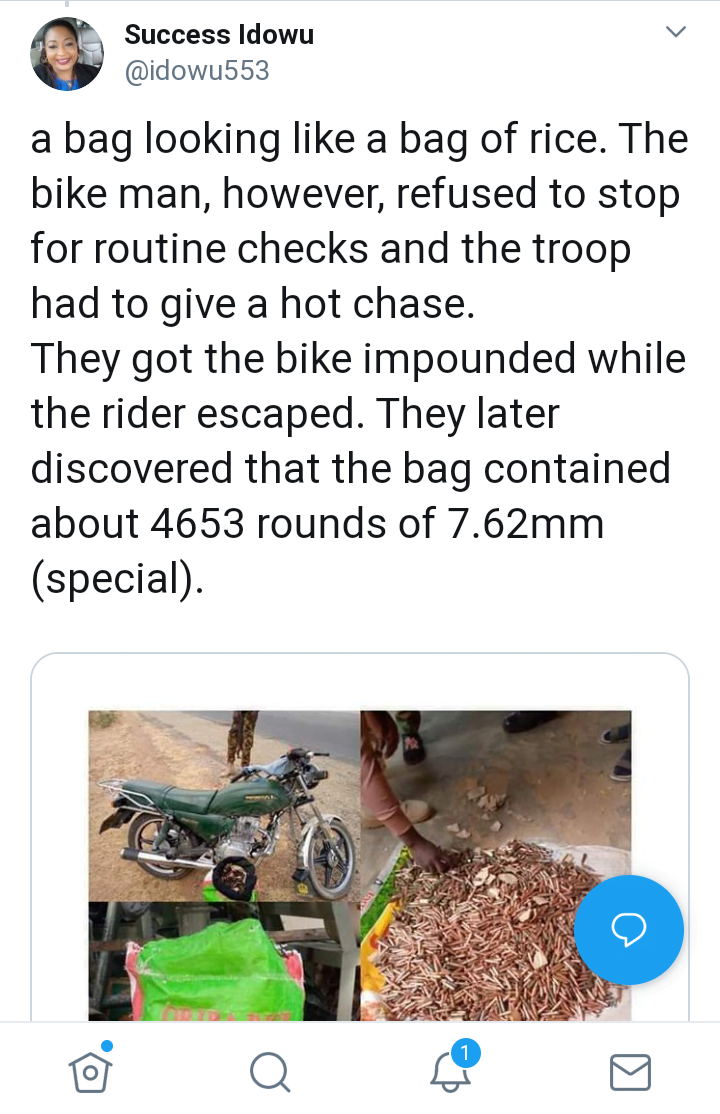