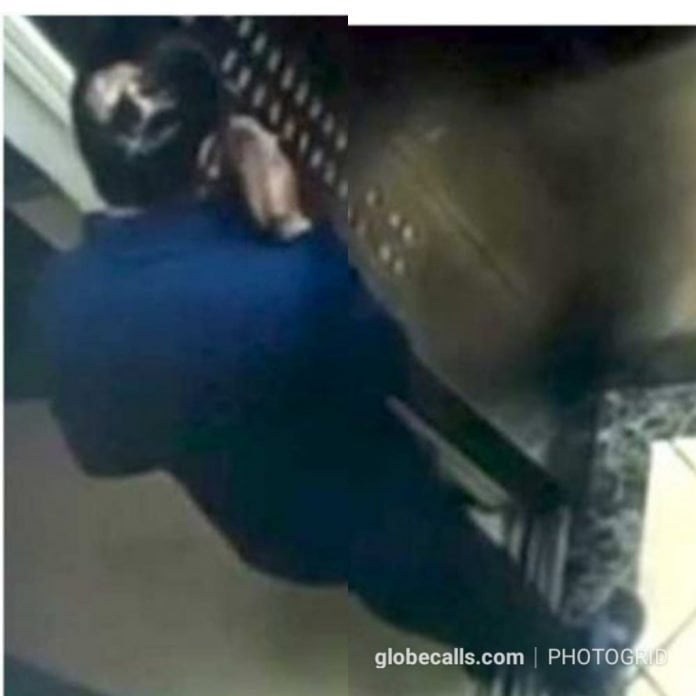 A Chinese captured on CCTV camera rubbing his saliva on lift buttons to spread the disease.

Corona virus has so far eliminated more than 1000 people in the mainland China and across Europe as China and the World Health Organization are doing their possible best to contain the disease.

In containing the disease, everybody is advised to keep a good personal hygiene – wearing protective masks, gloves , frequent washing of hands after getting into contact with some things or people.

However, a viral video on the internet has a man obviously infected with the deadly virus, doing all that he can to get others infected too.

He has gone viral in a video where he was seen rubbing his mouth fluid or saliva on a lift buttons – (a must-use area of a lift).

In the video dated Feb 7 in the city of Datong in Shanxi Province in China. The man went around with a tissue that contains his saliva, doing the ‘devils’ job.

After his was caught and investigated, he revealed to have no reason for doing that but obviously to spread the virus.