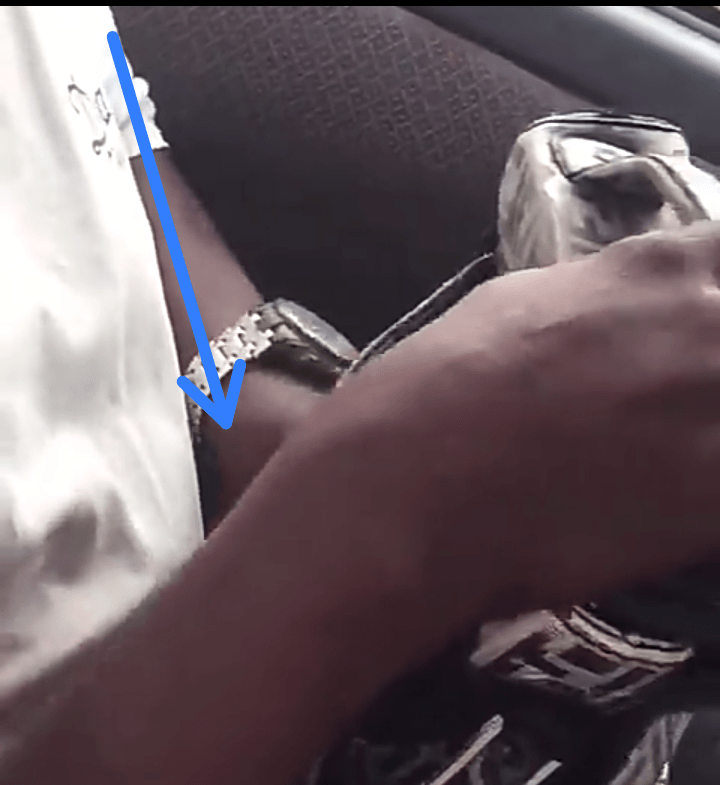 The man immediately removed his hand from his pants after he saw he had been caught.

However, later in the journey, the woman says she noticed him looking at her phone and asked him to stop and he attacked her.

The verbal exchange soon escalated and the man hit her with his elbow and threatened to slap her, but a male passenger intervened.

This video and piece of information were shared by the victim [Olajumoke The Wig Maker] on Twitter.

She wrote: So here’s what happened I noticed his elbow was resting on my body, which made me uncomfortable cause the back seat wasn’t so crowded for 3 people for his body to be touching mine! Then I noticed his Bag & his other hand movement & started recording in case he tried to deny it.

After calling him out! He stopped. And I Ignored him for the rest of the trip till he started looking into my phone while I was texting, which made me really uncomfortable! Then I told him He shouldn’t look at me or my phone and that was where the problem started.

Now that I’m calm, I guess I escalated the matter for myself when I couldn’t just stay calm. Still! It doesn’t give anyone the right to wank in public. I sha told him to Carry his P#nis and Jerk off in the middle of the road since he feels its his Body & He’s Right

That was where Baba grabbed my wrist and was ready to beat the daylight out of me! Thank God for the people that saved me sha! I wished they would have spoken up though… Maybe I wouldn’t have been beaten if One of those men stood up to him.