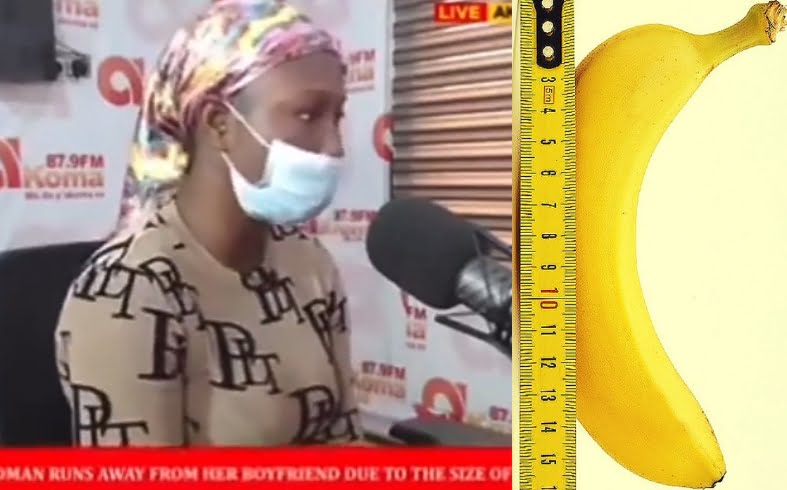 A lady in Kumasi, the Central region of Ghana has publicly denounced marrying a man who is set to marry him because of the size of his manhood.

On Akoma Fm in Kumasi, a lady whose name was withheld narrated how her supposed husband to be nailed her during their courting period which made her called off the marriage.

According to the lady, she is been dating the man for some unspecified time and has made up her mind to marry him. And so, she gave in to the man’s quest to taste the fruit before they proceed to the marriage rites.

She happily agreed to it and gave it to him on his first account and second account.

However, the third account was unbearable as she failed to endure the huge ‘cassava ‘ to the end of the play. Despite being able to endure for the first two accounts.

Therefore, she can imagine the unbearable love life of marrying the man if things go as planned, so she runs to the radio station to make it known to the family why she can’t marry their son as no one was ready to lend her an ear about her plea. Watch the video below:

Be Inspired! Story Of An Orphaned Ugandan Brick Layer To Graduate.

Advertisement
Related Topics:Marriage and love
Up Next

Be Inspired! Story Of An Orphaned Ugandan Brick Layer To Graduate.