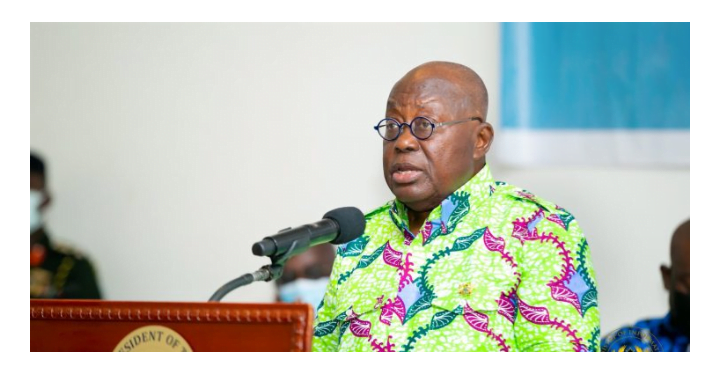 The President, Nana Addo Dankwa Akufo-Addo, has rejected suggestions that government is seeking to compromise the Ghanaian media to be considerate in their criticism of his administration.

President Akufo-Addo insists that such accusations are unfounded.

Reports of the government’s support to the Ghana Journalists Association by way of giving out a car to the recent winner of the GJA Journalist of the year award, has raffled feathers with some questioning the motive.

The executives of the Association are said to have made the request to the government to support the award scheme and other initiatives, during a meeting with the President.

But for some critics, they’re of the view that government has no business getting in involved in how journalists are rewarded for their works, as it has the tendency to compromise them.

This comes at a time when the presidency of Nana Akufo-Addo has been largely criticised for its handling of the media and the protection of their freedoms.

But speaking at a meeting with the leadership of the Ghana Journalists Association, President Akufo-Addo said the government cannot compromise the media.

According to him, he rather wants a press that will sustain the country’s democracy and not one that does the bidding of governments.

He thus intimated that he is not interested in buying the Ghanaian press, and would rather ensure that the press plays its constitutional role effectively.

“I’m interested in having a press that can serve the larger purposes of our society and play its role in building a strong durable democracy in Ghana. That for me is the most important aspect of the work of the press in Ghana.”

The Minister of Information, Kojo Oppong Nkrumah, had earlier also discounted assertions that there is a creeping culture of silence in the country.

According to him, such perceptions only come from those who cannot withstand criticism.

The Minister said this when he met with journalists in the North East Region on Wednesday, May 5, 2021, as part of the government’s measures to deepen freedom of speech and access to information in the country.

“This claim that there is something called the culture of silence in this country cannot be true. This is a country of about 500 radio stations, about 100 TV stations, millions of social media accounts and everybody is freely expressing themselves. What some persons cannot stand is that when they express their thoughts and other people speak that they disagree, then they claim you are silencing them. Respectfully, that is the beauty of our democracy, that I will have my say, and you can disagree with me,” Kojo Oppong Nkrumah said.