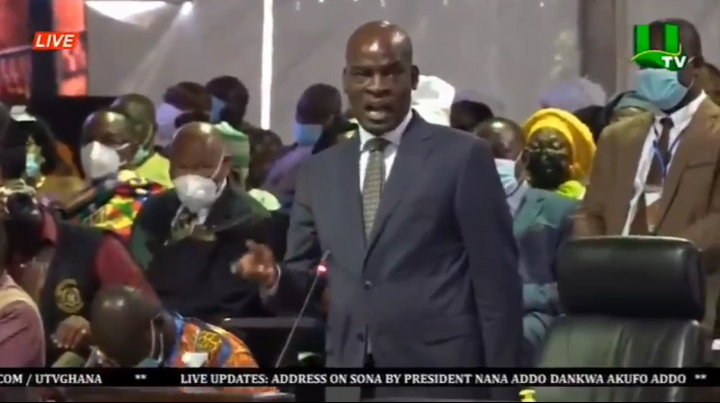 In a brief response after the presidential address, Mr. Haruna, in rep of the minority caucus alternated what the President-elect claimed to be Majority in Parliament for the ruling  New Patriotic Party saying; ‘…but to remind Mr. President, that parliament is not almost in the ‘if parliament’, the numbers, we are certain that ‘ if Techiman is added, we will have the Majority in Parliament’.

He continued by saying that, ‘ conspicuously missing in your speech is the loss of lives in Techiman and other parts of the country during the election’. He also teased the President by commending his work to protect the economy when a bag of maize is Ghc200.