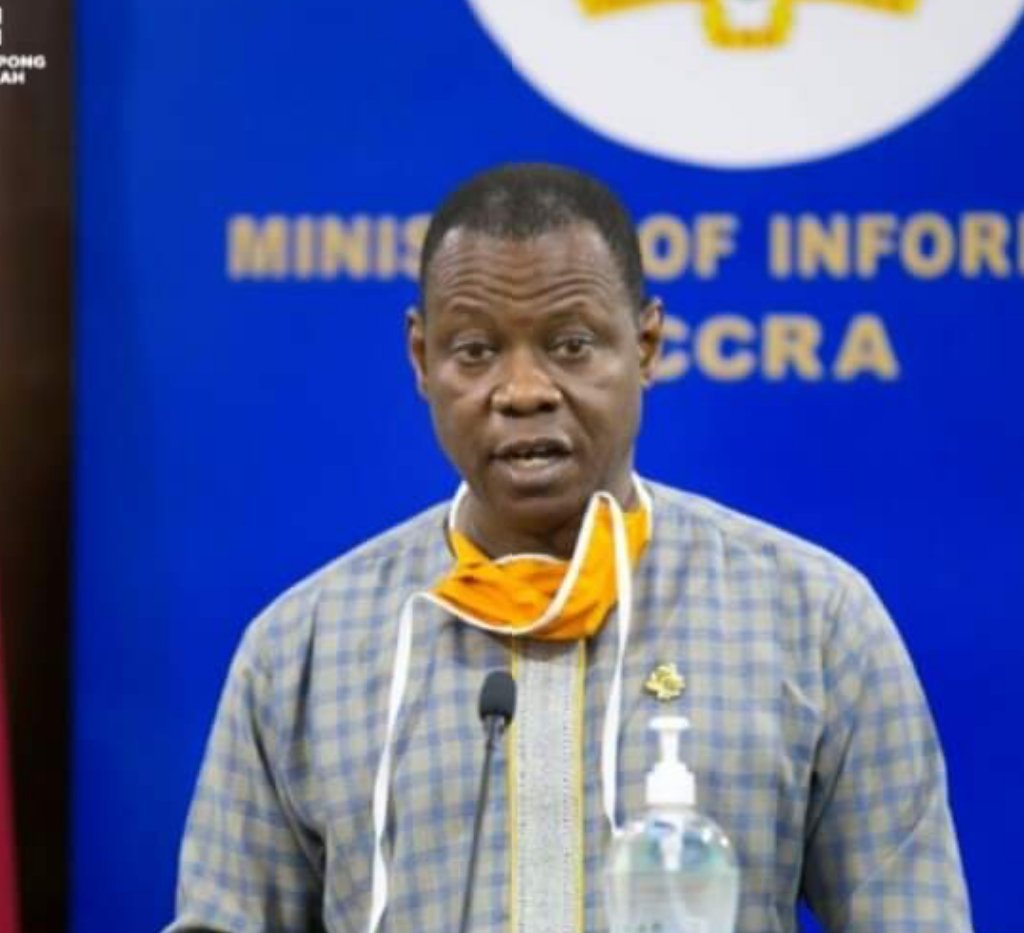 The Director General of the Ghana Health Service Dr Patrick Kumah Aboagye says Ghana’s COVID-19 positive case count has been on a consistent decline for over a week now.

The statement by Dr Aboagye comes after the Director of Public Health of the Ghana Health Service, Dr Badu Sarkodie, revealed during a press conference last week that Ghana had already reached its peak in relation to the number of infections, using the bell curve.

“Clearly, we seem, as a country, to be on top of the peak and we are at a stage to decline; that is the observation now.” He said.

Speaking at today’s press briefing at the Ministry of Information press centre, Dr Aboagye said Ghana after reaching its peak on April 27, 2020 has over the last week recorded consistent decline in the number of new infections.

He said even though the system of testing being used by country makes it difficult to determine daily positivity, the determination of the decline is possible by matching the cases to their date of sample collection.

“We wish we were able to test cases every day and be able to report on the positivity. But we also have the opportunity to go back to see the day that the samples were taken and how many were positive. Which actually gives us something similar to if we had done it (testing) in real-time.

“If you look at this data we peaked at April 27 this year and since then the numbers have continued to come down till the last update that is yesterday. So that is saying that the positivity since peaking on the April 27, we have consistently recorded a decline up till today.” He said.

Video: KNUST Teachers Look On As A Student Dies Of Suspected COVID-19