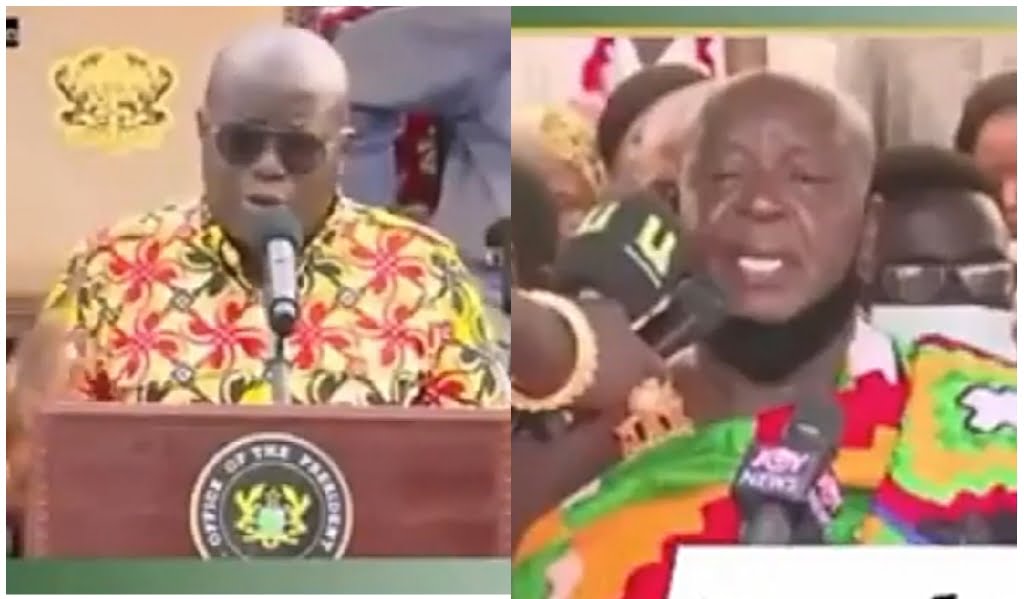 A video from the ground had Nana Akufo-Addo campaigning for votes in the upcoming election thereby telling the people how truthful he has been to them pertaining to the promises he made to them.

However, his claims were met with a sharp rebater from the chief of the area who claims that Nana Akufo-Addo led administration chose people from the region who didn’t help them at all in their first term, which is denting to the NPP.

He further highlighted on how some decisions were made without consulting them [ Fomena chiefs ]. How they they were ignored when it comes to some developmental issues and more.

Part of his argument says; “I am pleading with you to initiate the casting of votes to select Primaries and Assembly members general for every native to choose his or her preferred candidate because most of the Primaries don’t seem to be genuine enough, Try to discuss this with your people in other to initiate this because it’s very helpful in America, they vote generally in every single Election” He stated.

He therefore challenged the president to reconsider some decisions and amend things to their favor and the country as a whole when they vote him in the December polls. Watch the full video below:

about fulfilling his campaign promises for the area during his Ashanti region tour. #ghana #politics #love #nana @gbcnews

MTN Hitmaker Josh Black Proposed To His Girl On Stage

Video: I May Soon Go To Prison Because Of Ibrahim Mahama – Kofi Amoabeng

Y3ntu Biom! Nurses Hurl Insu!ts At Nana Addo And His Convoy On Tour