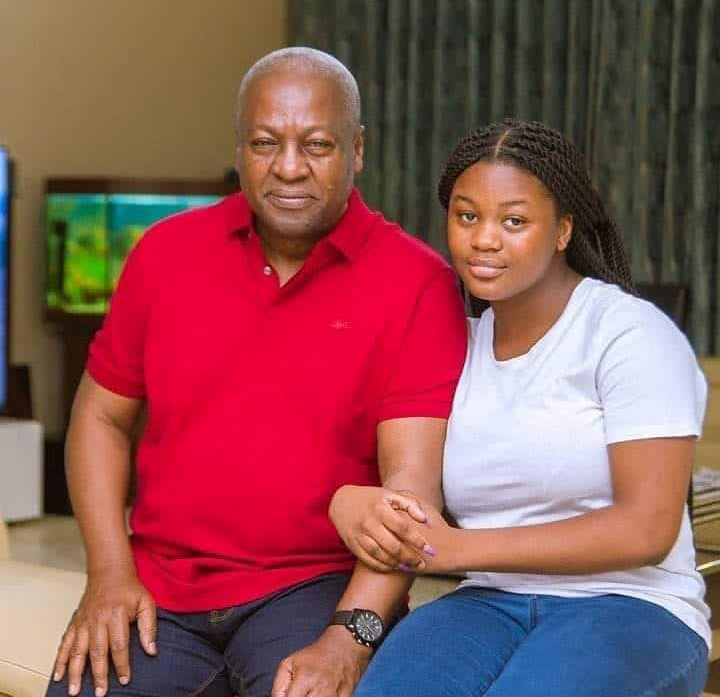 Former President John Mahama has warned against news and posts from a Facebook page in the name of her daughter Farida Mahama.

The page in the name of the Presidents daughter has a shopping 24k+ followers with many believing posts and news updates to be coming from the young lady who turned a year older recently.

It went haywire after one of the most recent posts from the page moved the initiate of the ruling party to contribute 100ghc per citizen towards the building of the ‘long prophesied’ cathedral which reads ‘ would you pay the 100ghc?’. 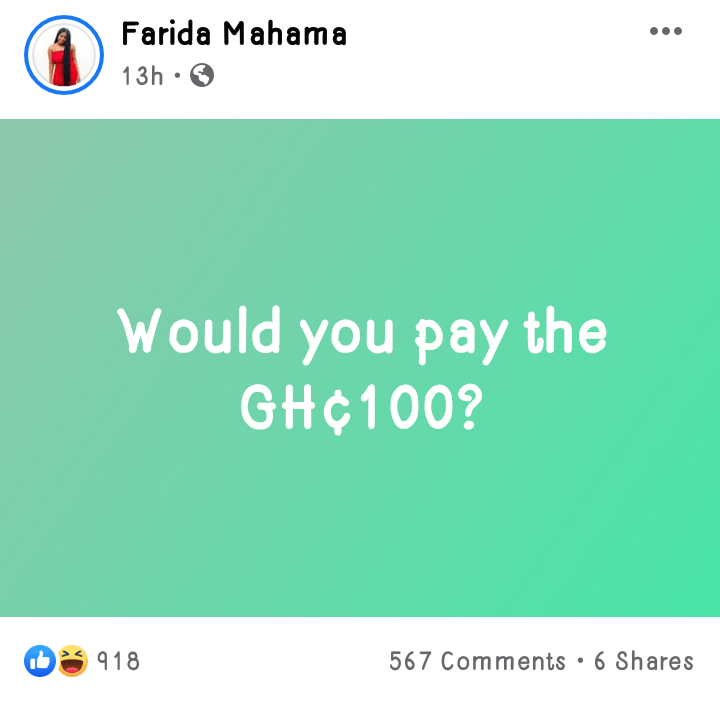 In a press release by the office of the ex-President, Farida Mahama has only one Instagram page and no other more. Hence media houses are to desist from taking materials from those pages in the name of the young lady.

‘The attention of the office of HE John Dramani Mahama has been drawn to several fake Facebook accounts in the name of President Mahama’s daughter, Farida Mahama, and which have been posting materials in her name.

We want to inform the general public especially the Facebook community and media houses that Ms. Farida Mahama does not have a Facebook account neither have she or her parents sanctioned the creation of a Facebook group in her name.

While steps have been taken to officially notify Facebook of the fake accounts in her name, the public is hereby advised to disregard all pages and groups posting and making comments under posts as Farida Mahama.

An Instagram page set up by the same scammers in the name of Farida, @farida_mahama_ is also fake. The general public is kindly advised to desist from any engagement with the said accounts believing that it is Farida Dramani Mahama. The presser reads.

I Am Bowing Out With Pride – Outgoing IGP