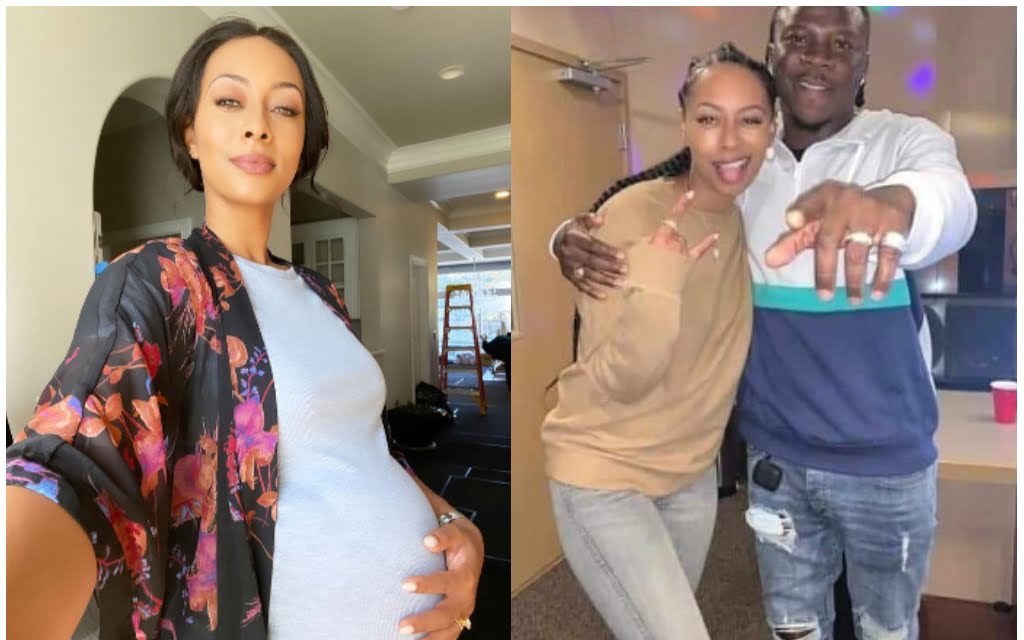 American singer Keri Hilson has been a social media topic of discussion after photos of her looking heavily pregnant hit online.

As quick as it has always been, Ghanaian social media Archimedes took the lead in adding odds to find the father of the unborn baby as if Keri Hilson has tasked them.

Interestingly, they concluded that Stonebwoy is the alleged father of Keri’s ‘baby’ on a fragile fact that, it has been 7 months since the Ghanaian singer, Stonebwoy and Keri Hilson released their mega-hit Nominate and so the pregnancy is 7 months.

Well, the singer has shamed those social media judges and doctors by revealing that she is currently playing a character in a movie titled ‘Lust’ which will be premiered next year.

According to her, she is playing the lead role in 3 different movies to be premiered next year.

Oh yeah, I’m married too. 🥴😂🎬 (I thought the tags were pretty obvious—it was only supposed to be jarring for a few seconds!)

Anywho, I am very proud of this one. This role is stretching me, and I believe it is the best performance I’ve ever had the opportunity to give. 🎭 Thank you to The Most High, those who believed in my ability, and my amazing scene partners, director, and Executive Producers for making me feel safe enough to be this vulnerable!  she wrote.