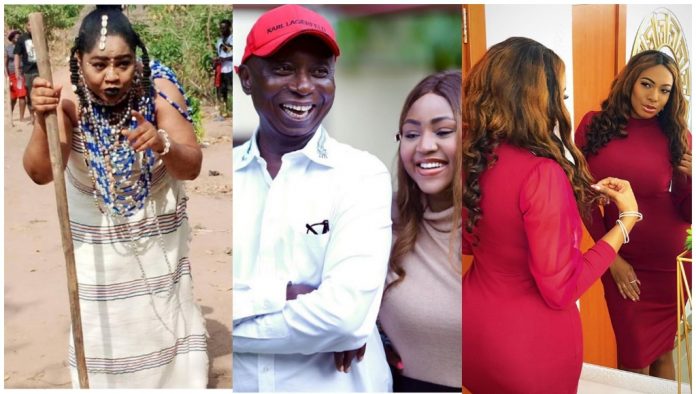 Chika Ike is in a hot soup currently after posting a video of herself and billionaiore Ned Nwoko – husband to Regina Daniels.

There seems to be trouble brewing in the Nollywood industry as the mother of actress Regina Daniels identified as Rita Daniels has sent a strong warning to another actress Chika Ike to stay clear off her son-in-law Ned Nwoko.

Its undeniable that Ned is a billionaire and can choose to have ve as many wives as he wants but Mrs. Daniels seems not to be happy with that and wants her daughter to be the last wife of the rich man.

From what we gathered, Chika Ike took to her Instagram page and shared a video of herself and Ned Nwoko together having fun.

Readers would remember that prior to the marriage between Regina and Ned Nwoko, rumours went around that Ned was in an affair with Chika Ike and allegation both parties failed to address.

This new video sighted on her Instagram we believe infuriated the mother of Regina Daniels who took to social media to warn Chika to back out before she deals with her spiritually.

Per checks Chika Ike has so far deleted the video from her Instagram handle so not to incur the wreath of the desperate in law who is also rumoured to have had an affair with Ned in the past.