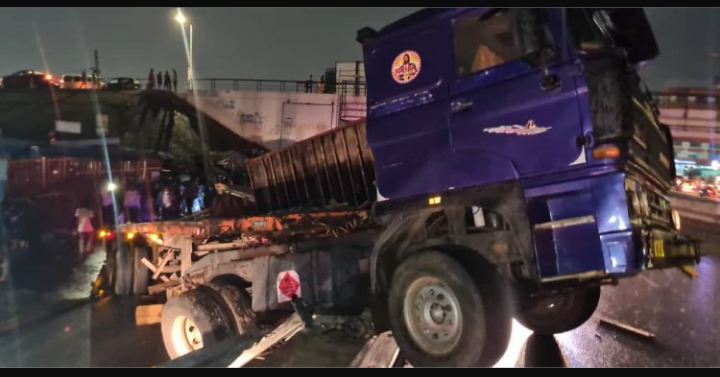 A cargo truck believed to be carrying gallons of engine oil on Friday night, June 11, 2021, skidded off one of the flyovers at the Kwame Nkrumah Interchange in Accra.

The incident, according to an eyewitness, occurred around 9:00 pm.

The eyewitness who spoke to citinewsroom said, the truck started reversing midway into its journey when the driver tried using the flyover from the old Obra Spot towards the Awudome stretch.

The truck thus caused damage to the railings on the road and skidded off, but no casualty was recorded.

In the process, the eyewitness said the two containers on the cargo truck with registration number GT 8337 X, fell off, with the gallons spreading on the road.

“At the time I saw the truck, it was stationary and then it suddenly started reversing. It reversed to the edge of the overpass, destroyed the railings and the two containers it was carrying fell off,” he said. 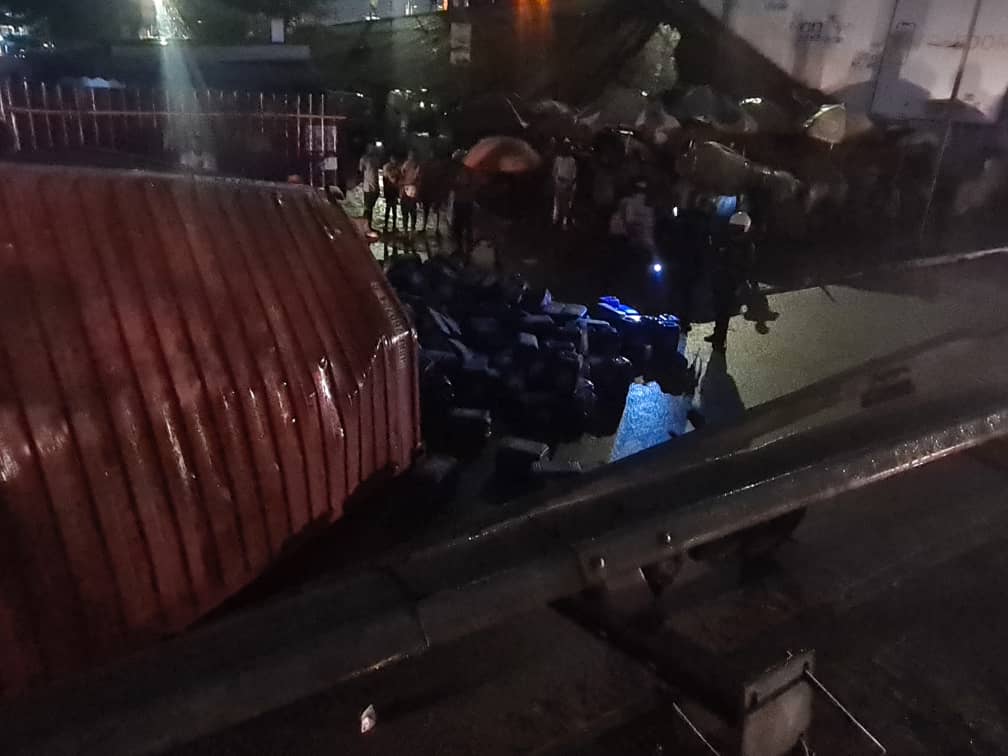 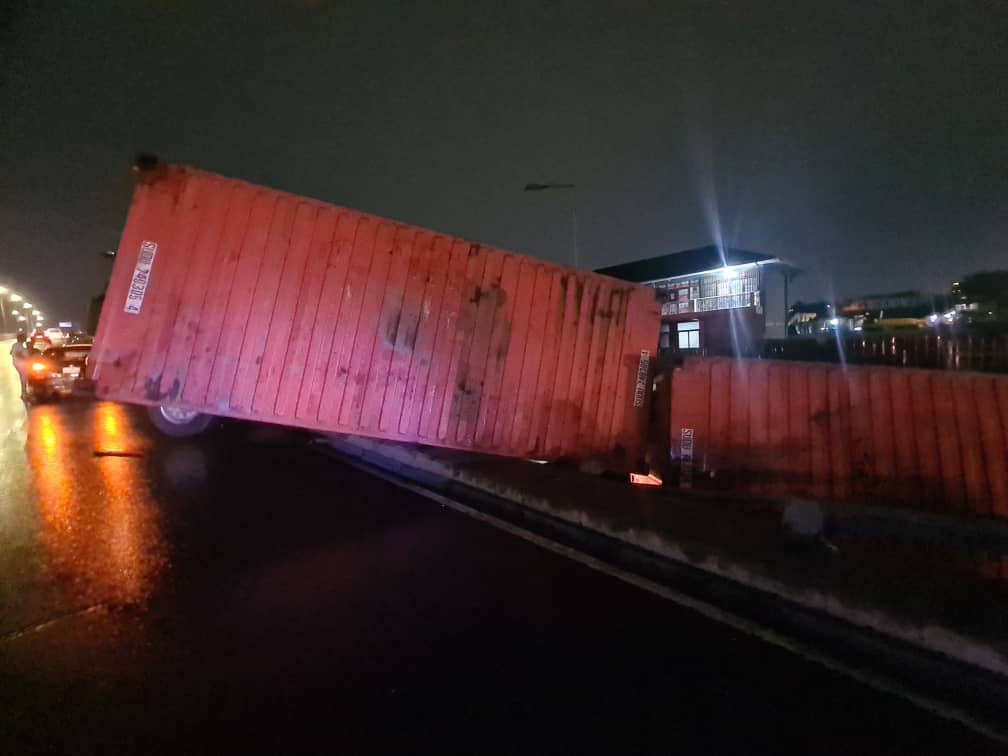 Police and Fire Service personnel were deployed to the scene to clear the truck off the road.

Similar incidents in the past
This is the third time such an incident has been recorded on the same stretch.The first one occurred in March 2017.

In that incident, three persons were rushed to the hospital after sustaining injuries when the container truck fell off the Kwame Nkrumah overpass.

The DAF truck with registration number GT 5557 – 11, which at the time was carrying two containers loaded with bags of rice and sugar, was climbing the flyover from the Old Obra Spot stretch of the road when it tumbled through the railings with the head, with one of the containers crashing down onto two stationary buses, flattening one and grazing the other.

The second one was recorded in May 2019.
The truck in question was headed towards Kaneshie when the incident occurred.

Narrating the sequence of events to Citi News at the time, an eyewitness said the cargo truck was carrying raw materials for the production of diapers and sanitary pads.

According to the eyewitness, the driver of the vehicle lost control of the truck while trying to use the overpass, but the heavy load made steering of the truck difficult.

The truck fell on the passenger side of the vehicle. The driver was the only person in the vehicle.