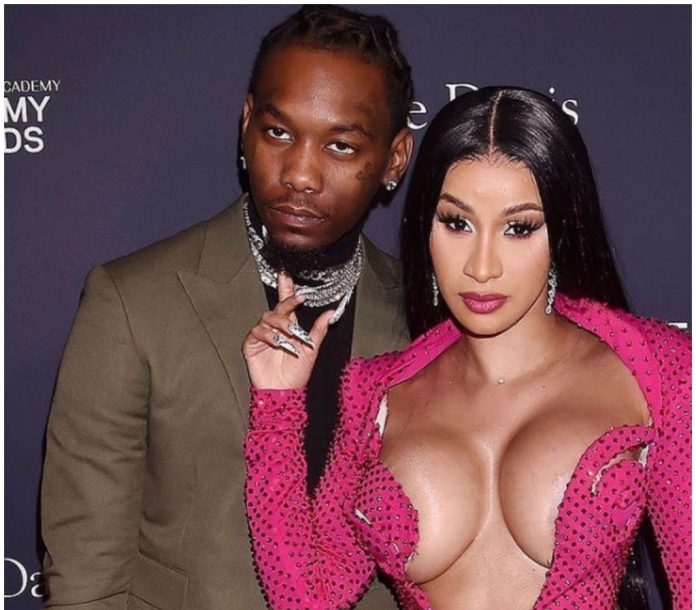 Cardi B and Offset are officially calling it quits after three years of marriage.

The “WAP” rapper, 27, filed for divorce at an Atlanta courthouse on Tuesday, reportedly after finding out the Migos rapper, 28, had been unfaithful yet again, PEOPLE confirms. The pair, who share 2-year-old daughter Kulture Kiari, are due in court Nov. 4.

Reps for Cardi B and Offset did not immediately respond to requests for comment. 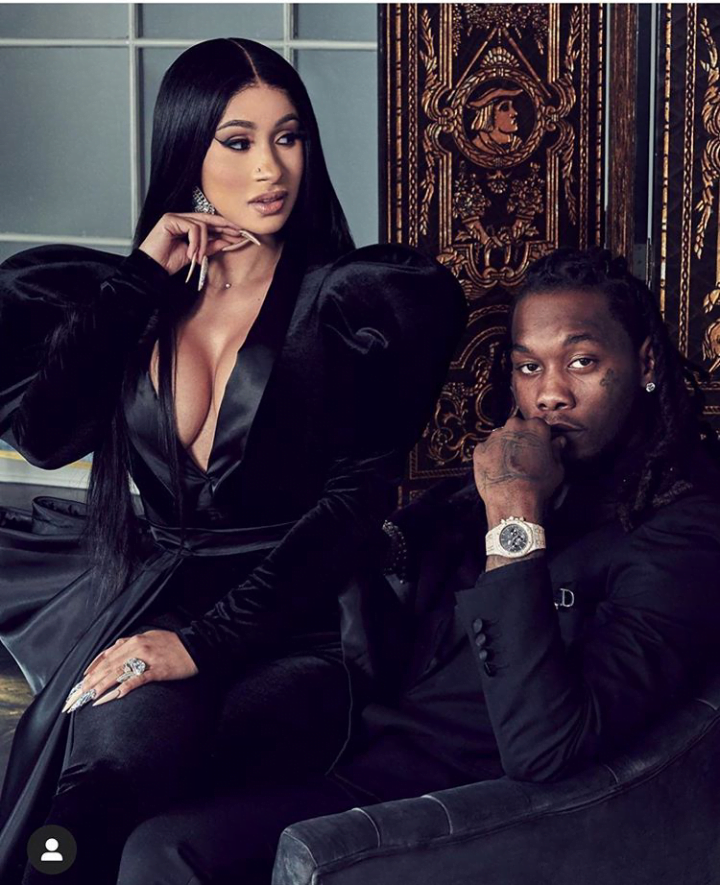 Cardi  B and Offset’s split follows previous accusations of Offset’s infidelity. In January 2018, Cardi (née Belcalis Marlenis Almanzar) outwardly confirmed Offset (né Kiari Kendrell Cephus) was at the center of a sex tape cheating scandal after rumors of a video and alleged liaison with another woman surfaced in December 2017, three months after the couple had secretly tied the knot.

“No, it’s not right for a [n—] to cheat…But what you want me to do?” Cardi wrote in a tweet at the time. “Go f— me another n—? Start all over again and get cheated on again? This s— happens to everyone and I be too, you too…People handle they relationship different soo.” 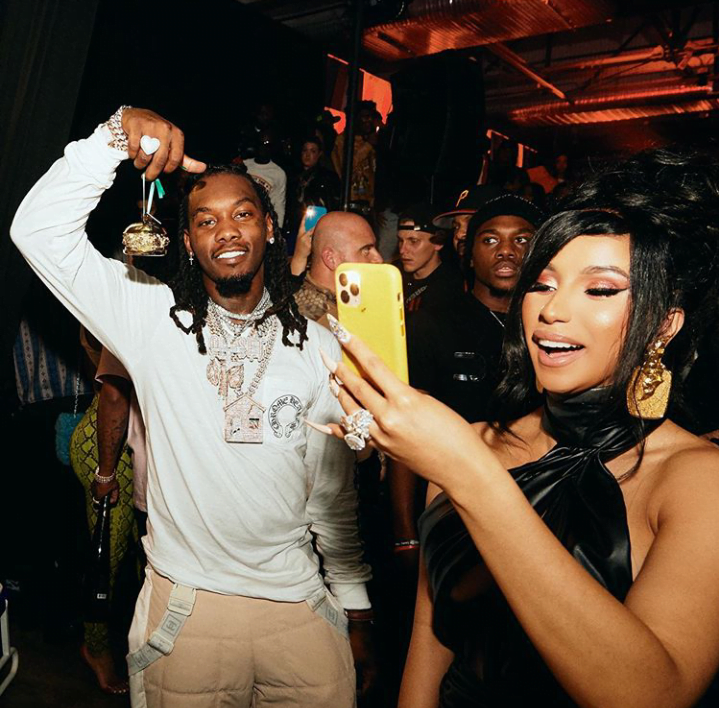 In a February 2018 interview with Cosmopolitan, Cardi opened up about the situation and why she decided to stay.

“I know I look good, I know I’m rich, I know I’m talented. I know I could get any man I want — any basketball player, football player,” she said. “But I want to work out my s— with my man, and I don’t got to explain why.”

“I’m not your property. This is my life … I’m going to take my time, and I’m going to decide on my decision,” she added. “It’s not right, what he f—ing did — but people don’t know what I did, ’cause I ain’t no angel.”

Offset also pleaded for his wife to come back, offering a lengthy apology on Instagram a week after Cardi B announced their split.

“I only got one birthday wish and that’s to get my wife back Cardi,” Offset began. “We’re going through a lot of things right now, a lot of things in the media. I want to apologize to you Cardi. I embarrassed you. I made you go crazy.”

The rapper then addressed his recent behavior, saying, “I was partaking in activity that I shouldn’t have been partaking in, and I apologize. You know what I’m saying? For breaking your heart, for breaking our promise, for breaking God’s promise and being a selfish, messed up husband.” 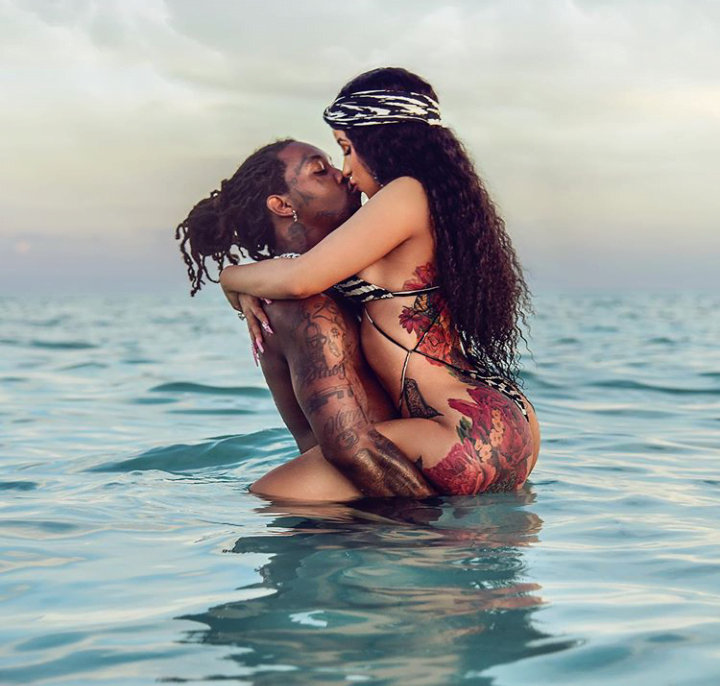 A month later, in January 2019, it was confirmed that Cardi and Offset had reconciled.

“He has been pursuing her hard and trying to convince her to get back together with him since the day they split,” a source close to the couple told PEOPLE at the time.

Speaking to PEOPLE shortly after, Cardi said her decision to get back with Offset was “a personal thing.”

“It’s just like — to make things perfect … it takes time,” she said. “You know, f— and hanging out doesn’t mean that you guys are on like a perfect note, it takes time. It takes time. And it’s a marriage, and there’s a child involved and family involved.”

The pair then made their reunion official at the 2019 Grammys the following month with a lick, not a kiss. The couple touched tongues again at the Billboard Music Awards that May.

Cardi also addressed the criticism she faced when she chose to take her husband back knowing he cheated, saying that many of her fans and followers on social media were disappointed in her.

“When me and my husband got into our issues—you know, he cheated and everything—and I decided to stay with him and work together with him, a lot of people were so mad at me; a lot of women felt disappointed in me,” she said. “But it’s real-life s—. If you love somebody and you stop being with them, and you’re depressed and social media is telling you not to talk to that person because he cheated, you’re not really happy on the inside until you have the conversation. Then, if you get back with them, it’s like, how could you? You let all of us down.”

However, the star said people need to recognize that marriages aren’t easy and people make mistakes.

“People that be in marriages for years, when they say till death do us part, they not talking about little arguments like if you leave the fridge open,” she said. “That’s including everything.”

This story was reported by the people.com