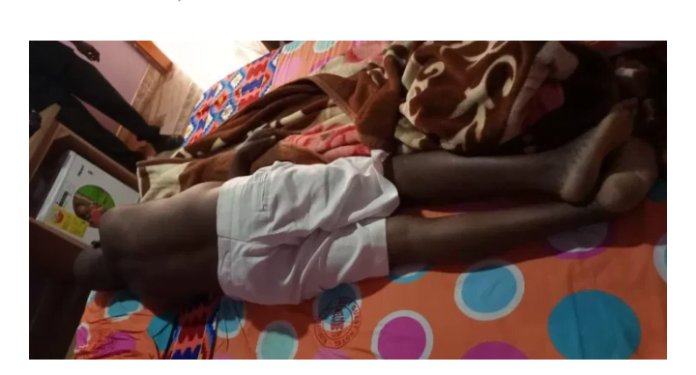 A 66-year-old man has been found dead at a guest house at Effiduase off the Akwadum road in the New Juaben North Municipality of the Eastern Region.

External inspection by the police on the deceased did not confirm any mark of violence but foaming on the mouth.

A police report says the deceased drove in a Toyota Corolla with registration number ER 1614-17 to lodge in the guest house on Saturday, December 19, 2020, with the name William Agyei. He was in the company of a lady suspected to be 25 years old.

On the following day, Sunday, December 20, at noon, the receptionist of the guest house knocked on the room where the deceased was lodging to clean.

After several knocks, she heard no sound. She, therefore, opened the door only to find out the 66-year-old man lying lifeless on his bed while the lady he came in with was nowhere to be found.

The police were informed and moved into the room of the guest house.

Upon inspection, several medicines including one Viagra for men container with capsules, deep heat, spray, Unirob Polar ice, Bendroflumeethiazide tablets, and several other used tablets were seen in a bag in the room.

Another red bag containing personal belongings of the deceased including regalias and a black handbag containing cash of GH¢2,000 was also found.

The body has since been deposited at the St Joseph Hospital morgue for preservation and autopsy.

Meanwhile, the vehicle he drove into the guest house has been taken to the Effiduase Police Station for safekeeping.

The Eastern Regional Police Command says it is making frantic efforts to make contact with the family of the deceased and trace the identity of the young lady to assist in investigations.

video: Broken Heart Turns A Young Guy Into A Drunkard