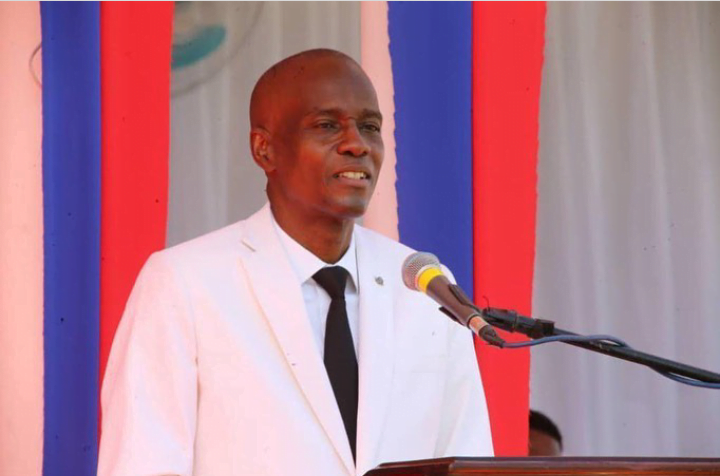 Haiti’s police chief has stated that four suspects fingered in the death of Jovenel Moïse have been killed during a gun battle with police with two others arrested.

The president’s residence on Wednesday put out a statement saying the attack by the unidentified persons occurred around 1 a.m. and that the first lady was also wounded in the attack.

Jovenel Moïse had been facing calls to leave office amid a tense political situation in Haiti, which is the poorest country in the western hemisphere.

Lon Charles, the police chief, also said three officers were freed after being held as hostages.

“The police are engaged in a battle with the assailants,” he said, according to The New York Times. “We are pursuing them so that, in a gunfight, they meet their fate or in gunfight they die, or we apprehend them.”

Haiti’s Communications Secretary Frantz Exantus had said earlier in the day that police arrested the “presumed” assassins but did not provide any additional details.

Advertisement
Related Topics:Haitipresident
Up Next