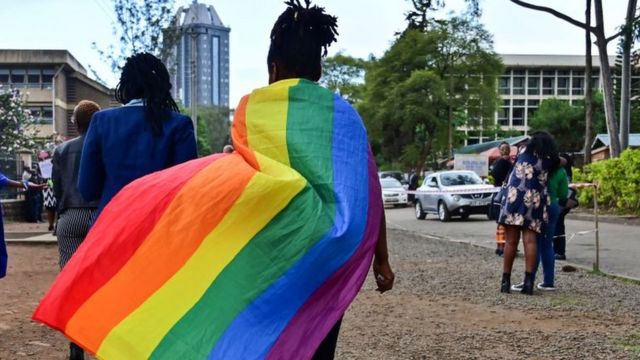 A large and growing body of scientific evidence indicates that the intact, married family is best for children, not same-sex marriage.

This statement from Sara McLanahan, a sociologist at Princeton University, is representative:

If we were asked to design a system for making sure that children’s basic needs were met, we would probably come up with something quite similar to the two-parent ideal. Such a design, in theory, would not only ensure that children had access to the time and money of two adults, but it also would provide a system of checks and balances that promoted quality parenting. The fact that both parents have a biological connection to the child would increase the likelihood that the parents would identify with the child and be willing to sacrifice for that child, and it would reduce the likelihood that either parent would abuse the child.

-Sara McLanahan and Gary Sandefur, Growing Up with a Single Parent: What Hurts, What Helps (Boston: Harvard University Press, 1994) 38.

The following are ten science-based arguments against same-sex “marriage”:

Homosexual couples using in vitro fertilization (IVF) or surrogate mothers deliberately create a class of children who will live apart from their mother or father. Yale Child Study Center psychiatrist Kyle Pruett reports that children of IVF often ask their single or lesbian mothers about their fathers, asking their mothers questions like the following: “Mommy, what did you do with my daddy?” “Can I write him a letter?” “Has he ever seen me?” “Didn’t you like him? Didn’t he like me?” Elizabeth Marquardt reports that children of divorce often report similar feelings about their non-custodial parent, usually the father.

-Elizabeth Marquardt, The Moral and Spiritual Lives of Children of Divorce. Forthcoming.

If same-sex civil marriage becomes common, most same-sex couples with children would be lesbian couples. This would mean that we would have yet more children being raised apart from fathers. Among other things, we know that fathers excel in reducing antisocial behavior and delinquency in boys and sexual activity in girls.

What is fascinating is that fathers exercise a unique social and biological influence on their children. For instance, a recent study of fathers’ absence on girls found that girls who grew up apart from their biological father were much more likely to experience early puberty and a teen pregnancy than girls who spent their entire childhood in an intact family. This study, along with David Popenoe’s work, suggests that a father’s pheromones influence the biological development of his daughter, that a strong marriage provides a model for girls of what to look for in a man, and gives them the confidence to resist the sexual entreaties of their boyfriends.

Although homosexual men are less likely to have children than lesbians, homosexual men are and will be raising children. There will be even more if homosexual civil marriage is legalized. These households deny children a mother. Among other things, mothers excel in providing children with emotional security and in reading the physical and emotional cues of infants. They also give their daughters unique counsel as they confront the physical, emotional, and social challenges associated with puberty and adolescence. Stanford psychologist Eleanor Maccoby summarizes much of this literature in her book, The Two Sexes. See also Steven Rhoads’ book, Taking Sex Differences Seriously.

Several leading professional associations have asserted that there are “no differences” between children raised by homosexuals and those raised by heterosexuals. But the research in this area is quite preliminary; most of the studies are done by advocates and most suffer from serious methodological problems. Sociologist Steven Nock of the University of Virginia, who is agnostic on the issue of same-sex civil marriage, offered this review of the literature on gay parenting as an expert witness for a Canadian court considering legalization of same-sex civil marriage:

Through this analysis, I draw my conclusions that 1) all of the articles I reviewed contained at least one fatal flaw of design or execution, and 2) not a single one of those studies was conducted according to generally accepted standards of scientific research.

This is not exactly the kind of social scientific evidence you would want to launch a major family experiment.

Although the evidence on child outcomes is sketchy, it does suggest that children raised by lesbians or homosexual men are more likely to experience gender and sexual disorders. Judith Stacey– a sociologist and an advocate for same-sex civil marriage–reviewed the literature on child outcomes and found the following: “lesbian parenting may free daughters and sons from abroad but the uneven range of traditional gender prescriptions.” Her conclusion here is based on studies that show that sons of lesbians are less masculine and that daughters of lesbians are more masculine.

She also found that a “significantly greater proportion of young adult children raised by lesbian mothers than those raised by heterosexual mothers … reported having a homoerotic relationship.” Stacey also observes that children of lesbians are more likely to report homoerotic attractions.

Her review must be viewed judiciously, given the methodological flaws detailed by Professor Nock in the literature as a whole. Nevertheless, these studies give some credence to conservative concerns about the effects of homosexual parenting.

One of the biggest threats that same-sex “marriage” poses to marriage is that it would probably undercut the norm of sexual fidelity in marriage. In the first edition of his book in defense of same-sex marriage, Virtually Normal, homosexual commentator Andrew Sullivan wrote: “There is more likely to be a greater understanding of the need for extramarital outlets between two men than between a man and a woman.” Of course, this line of thinking–was it incorporated into a marriage and telegraphed to the public in sitcoms, magazines, and other mass media–would do enormous harm to the norm of sexual fidelity in marriage.

– Esther Rothblum and Sondra Solomon, Civil Unions in the State of Vermont: A Report on the First Year. University of Vermont Department of Psychology, 2003.

Traditionally, marriage and procreation have been tightly connected. Indeed, from a sociological perspective, the primary purpose that marriage serves is to secure a mother and father for each child who is born into a society. Now, however, many Westerners see marriage as primarily emotional terms.

Among other things, the danger with this mentality is that it fosters an anti-natalist mindset that fuels population decline, which in turn puts tremendous social, political, and economic strains on the larger society. Same-sex marriage would only further undercut the procreative norm long associated with marriage insofar as it establishes that there is no necessary link between procreation and marriage.

This was spelled out in the Goodridge decision in Massachusetts, where the majority opinion dismissed the procreative meaning of marriage. It is no accident that the countries that have legalized or are considering legalizing same-sex marriage have some of the lowest fertility rates in the world. For instance, the Netherlands, Sweden, and Canada have birthrates that hover around 1.6 children per woman–well below the replacement fertility rate of 2.1.

The divorce and sexual revolutions of the last four decades have seriously undercut the norm that couples should get and stay married if they intend to have children, are expecting a child, or already have children. Political scientist James Q. Wilson reports that the introduction of no-fault divorce further destabilized marriage by weakening the legal and cultural meaning of the marriage contract. George Akerlof, a Nobel laureate and an economist, found that the widespread availability of contraception and abortion in the 1960s and 1970s, and the sexual revolution they enabled, made it easier for men to abandon women they got pregnant since they could always blame their girlfriends for not using contraception or procuring an abortion.

It is plausible to suspect that legal recognition of homosexual civil marriage would have similar consequences for the institution of marriage; that is, it would further destabilize the norm that adults should sacrifice to get and stay married for the sake of their children. Why? Same-sex civil marriage would institutionalize the idea that children do not need both their mother and their father.

This would be particularly important for men, who are more likely to abandon their children. Homosexual civil marriage would make it even easier than it already is for men to rationalize their abandonment of their children. After all, they could tell themselves, our society, which affirms lesbian couples raising children, believes that children do not need a father. So, they might tell themselves, I do not need to marry or stay married to the mother of my children.

If same-sex civil marriage is institutionalized, our society would take yet another step down the road of de-gendering marriage. There would be more use of gender-neutral language like “partners” and more importantly more social and cultural pressures to neuter our thinking and our behaviors in marriage.

But marriages typically thrive when spouses specialize in gender-typical ways and are attentive to the gendered needs and aspirations of their husband or wife. For instance, women are happier when their husband earns the lion’s share of the household income. Likewise, couples are less likely to divorce when the wife concentrates on childrearing and the husband concentrates on breadwinning, as University of Virginia psychologist Mavis Hetherington admits

Ghanaians Must Respect The Rights Of LGBTQI – Catholic Bishop Fumes

10 Reasons Why Some Men Are interested in Older Women